The company announced a capital raise that wasn't very shareholder-friendly.

Shares of natural gas fuel technology company Westport Fuel Systems (WPRT 10.83%) took a hit on Wall Street after the company announced plans for a capital raise. As of 3 p.m. EDT Wednesday, Westport stock was down by 13.2%.

Tuesday evening, Canada-based Westport announced a common share offering in the U.S. and Canada. The marketed offering aims to bring in gross proceeds of $100 million, which the  company will use to support its growth. A marketed offering is one where the underwriters agree to purchase all of the shares from the issuer, but do not firmly set the price or quantity of the shares to be offered until after they market the securities to potential investors. At the company's market capitalization as of Tuesday's close, this offering could dilute shareholders by nearly 10%. 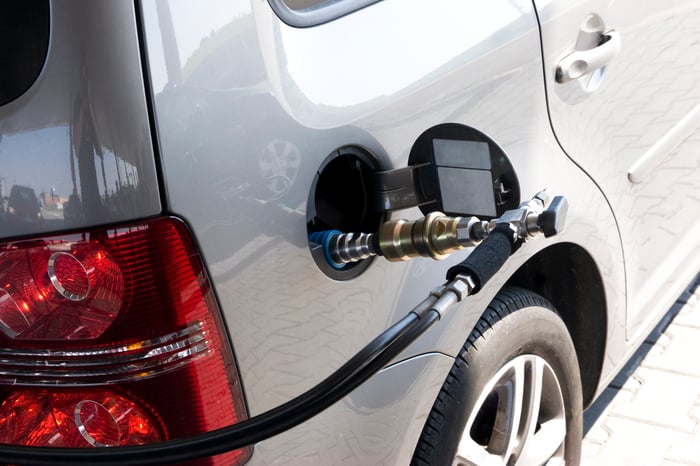 The company also said as part of the offering, Westport's directors, officers, and its largest shareholder will enter into 90-day lock-up agreements.

The company said it will use the proceeds to "fund growth of HPDI 2.0 sales by expanding production capacity and investing in research and development of HPDI with hydrogen." HPDI 2.0 is the company's high-pressure direct injection integrated system for heavy-duty trucks, and is meant to replace traditional diesel engines with largely natural-gas-powered engines that deliver similar performance.

Shareholders want to see the company grow its system offerings, but may view the potential for 10% dilution as a steep price to pay for that growth. Wednesday's price action has wiped away about half of the stock's year-to-date gains.