Please ensure Javascript is enabled for purposes of website accessibility
Log In Help Join The Motley Fool
Free Article Join Over 1 Million Premium Members And Get More In-Depth Stock Guidance and Research
By Parkev Tatevosian - Jun 8, 2021 at 7:15AM

The co-experience gaming platform operator's user base is still growing.

Roblox (RBLX 3.21%) went public on March 10, and after trading largely sideways for a couple of months, the stock price has surged as of late. Its first earnings announcement as a public company came on May 10, and the results impressed investors.

Roblox operates a co-experience gaming platform where users can both interact with each other and develop new content for the platform. It's especially popular with a young demographic; more than 50% of its users are under age 13. It experienced a surge of new users and increased engagement as the pandemic limited entertainment options for adults and kids alike.

Both management and shareholders naturally hope that most of those new players will stick around even after the pandemic subsides and entertainment options outside of the home revive. But is now a good time to consider adding Roblox stock to your portfolio? 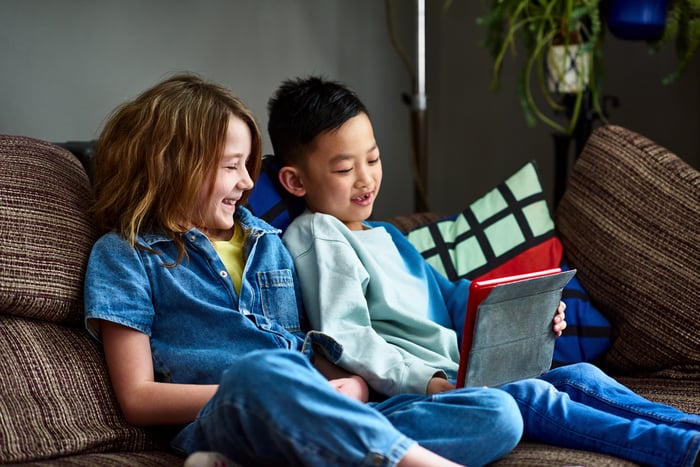 Roblox stock is up more than 30% in the last month. Image source: Getty Images.

Will the platform's pandemic-driven surge last?

Notably, state governments across the country have been easing business restrictions for months now, and Roblox still gained users in the U.S. quarter over quarter. Between the fourth quarter and first quarter, Roblox acquired 1.3 million new DAU's from the U.S. It may still be too early to make a judgment, but it looks like investors don't have to fear Roblox losing too many players as economies reopen.

Considering that over 50% of its users are under the age of 13, Roblox has an obvious opportunity to reach a wider audience by making its platform more attractive to those who are older. It did an excellent job of this in 2020, more than doubling its base of DAU's over 13 from 7.7 million at the start of the year to 17.7 million at year's end. 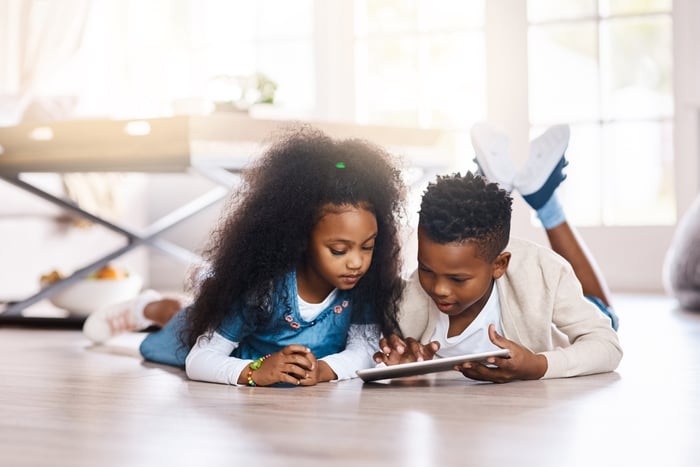 The company generates revenue when players buy Robux, an in-game currency that can be used to access restricted areas on the platform or buy special items to outfit avatars. In the first quarter, the average booking per daily active user rose 46% year over year to $15.48. So not only is Roblox adding millions of new users, but its players are also spending more money on average.

In the long run, management envisions the platform being supported by both Robux transactions and advertising, but as of right now, only the transaction part of the business is integrated. When it adds advertising, the company will expand its revenue base -- and that ad revenue should come with higher profit margins.

The stock is certainly not cheap, and its price has climbed 34% in the last month. But even at current levels, new investors may be getting their money's worth.

Roblox stock trades at a lofty forward price-to-sales ratio of 22.60. But the company's prospects are excellent. It's growing its user base demographically and geographically. And it's only in the beginning stages of monetizing those users. Investors looking for a fast-growing stock with lots of potential should consider buying Roblox. However, they should be aware the road ahead will be volatile.