The mortgage lending leader has bounced back nicely since.

Rocket Companies (RKT 2.96%) had a failure to launch in May as its share price fell 21.1.% for the month, according to  S&P Global Market Intelligence. But the mortgage lender has bounced back with a 10% gain in June. The stock price is currently up about 15% year to date, as of June 9, trading at $22 per share.

Rocket, the nation's leading home mortgage lender, went public last August and it has been a wild ride. In March, Rocket blasted off, pumped in part through some online trading communities, and hit a high of $41 per share in a span of days, only to come crashing back down to about $24 per share. It stayed in that range through most of March and April, but then in May it began a gradual 21% decline, hitting a low of $16 per share. So, what happened? 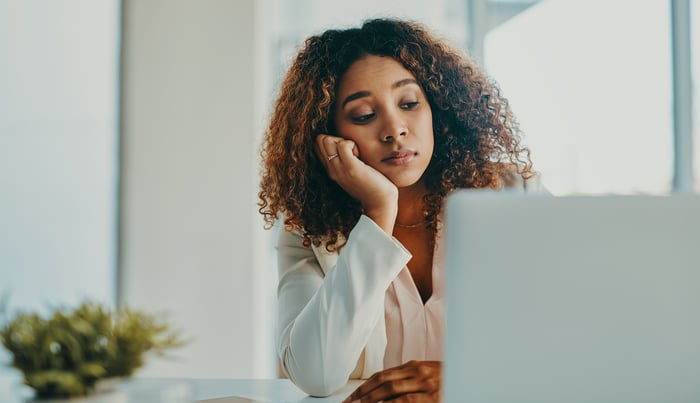 It's a little hard to figure out, considering the mortgage lender had a strong quarter, spurred by a record number of purchase applications in March. Rocket's revenue climbed 236% to $4.6 billion, while its net income rose 170% to $1.8 billion, or $1.07 per share.

The stock price could have dropped for a few reasons. One, the gain-on-sale margin -- the gross profit made on each loan -- fell from 4.41% in the fourth quarter to 3.25% in the first quarter. Moreover, Rocket's outlook for the second quarter called for gain-on-sale margins to be even lower, in the range of 2.65% to 2.95%. While these margins are still historically good, they pale in comparison to last year, which was a record year for the industry.

Another factor could have been the competition with UWM Holdings (UWMC 1.50%), the nation's largest wholesale mortgage lender. UWM informed its brokers that it could only do business with UWM or Rocket, not both, which might have temporarily scared off some investors.

Rocket is going to have a hard time competing with the numbers it put up last year, particularly the last three quarters of the year. But as we have seen with the stock price bouncing back in June, the May dip is nothing to be too concerned about in the long run. Rocket is still the largest retail home mortgage lender and its all-digital business model is highly efficient, streamlining the process for both the company and its users. Rocket sees its technology as a competitive advantage and will continue to invest in it.

And while the volume of refinancings will go down, new home purchases are rising and "represent the single largest growth opportunity for Rocket Companies today," CEO Jay Farner said on the first-quarter earnings call. "We are in the hottest real estate market in more than a decade and demand is accelerating."

Bottom line, the May drop is nothing to get too worried about. Mortgage lending is a cyclical business to begin with, but Rocket, as the market leader with unique competitive advantages, is in a great spot for long-term success.