Here's the scoop on these little-followed companies.

The Nasdaq Composite (^IXIC -1.51%) pushed further into record territory on Wednesday, with some of its largest components contributing to gains for the index. As of 2:15 p.m. EDT Wednesday afternoon, the Nasdaq was up another quarter-percent.

Many major companies have helped lift the Nasdaq higher in recent months. Yet on Wednesday, it was a couple of largely unknown companies that vaulted into the spotlight. Below, we'll look more closely at why Loop Industries (LOOP -0.46%) and Ideanomics (IDEX -6.78%) deserve a little more attention from investors. 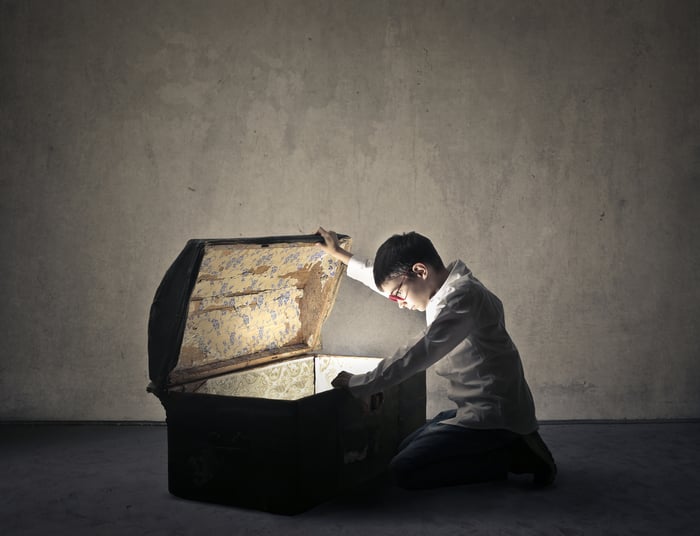 Shares of Loop Industries moved higher by nearly 20% Wednesday afternoon. The maker of specialized materials from waste plastic and polyester fiber made a key announcement that lifted its stock to its highest levels in three years.

South Korean industrial giant SK Global Chemical agreed to make a $56.5 million investment in Loop, taking a 10% equity stake in the company that values the stock at $12 per share. Loop intends to use the proceeds toward building out a facility in Quebec.

At the same time, though, SK and Loop have much larger plans for their joint venture. The companies intend to prepare facility construction in South Korea during the first half of 2022, with the hope of completing four facilities by the end of the decade. All told, Loop hopes to put 400,000 tons of waste plastic and fiber to productive use, saving more than 632,000 metric tons of carbon dioxide emissions annually.

The deal acts as a vote of confidence in Loop's business model, which took a hit after short-selling research reports called it into question. When real investors put real money to work, it acts as validation for early shareholders who saw the value of Loop's vision.

A good idea from Ideanomics

Meanwhile, shares of Ideanomics were up more than 12% Wednesday afternoon. The electric vehicle mobility and fintech company has largely flown under investors' radars, but today's move reflects greater interest in the industry generally and in the company in particular.

Ideanomics isn't well-known on Wall Street, but it's attracted a sizable following among individual investors. For many shareholders, Ideanomics' most important business is its mobility segment, which has sought to help commercial bus and truck fleets figure out a better approach toward electrification more broadly. With an approach that includes planning, vehicles, infrastructure, and operational assistance, Ideanomics has aimed to be a one-stop shop for those looking to keep up with changing trends in the EV space.

However, Ideanomics also has other ambitions. It's aiming to make new financial technology more accessible to companies looking to keep up with the pace of innovation, with specialization in multiple areas such as real estate, commodities, and broker-dealer transactions.

Ideanomics' recent acquisition of EV tractor company Solectrac gave it a bigger presence in the U.S. market, and that's raised awareness among many investors. The stock remains well below its best levels in recent months, but many are hopeful that the trend that's supporting EV development will help bolster Ideanomics' prospects as well.