Please ensure Javascript is enabled for purposes of website accessibility
Log In Help Join The Motley Fool
Free Article Join Over 1 Million Premium Members And Get More In-Depth Stock Guidance and Research
By Alex Carchidi - Jun 29, 2021 at 5:25AM

It's looking more and more likely.

Biogen's (BIIB -0.94%) stock roared on June 7 after the unexpected approval of its Alzheimer's disease drug, Aduhelm. Now, the entire biopharma industry is alight with criticism of the U.S. Food and Drug Administration's (FDA) green light, which many feel did not respect the weak evidence for the drug's efficacy or its burdensome side effect profile.

The scandal is still growing, and powerful commentators are weighing in on everything from pricing to the drug's prospective role in the healthcare system. "It's unconscionable to ask seniors and taxpayers to pay $56,000 a year for a drug that has yet to be proven effective," said Oregon Senator Ron Wyden. Will the drug become the blockbuster that shareholders and patients crave, or might the multipronged backlash end up harming the company if it continues? My money's on the latter. 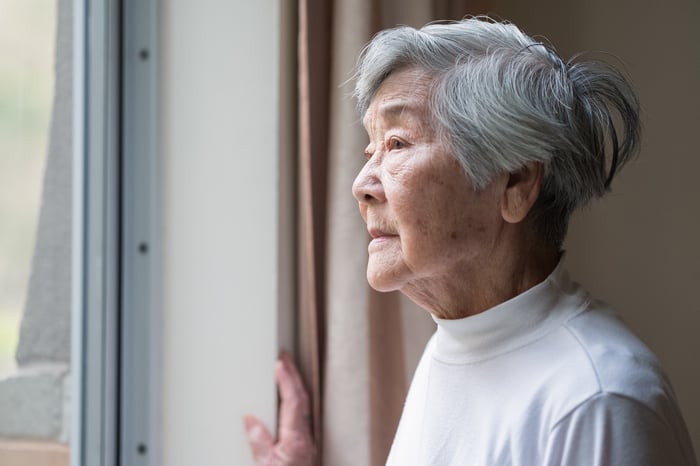 Much to investors' chagrin, the Aduhelm plot thickens (again)

In the Aduhelm saga so far, Biogen's stock has slipped by a few percentage points each time the FDA has tried to defend itself regarding the approval. That includes when the agency released less-than-reassuring documents describing its internal decision-making process with Aduhelm on June 21 and 22.

The latest problem appears to be that the FDA gave Biogen special treatment with Aduhelm by interpreting the drug's proven ability to clear amyloid beta proteins as evidence of its efficacy in treating Alzheimer's symptoms. Notably, while plaques of amyloid beta proteins are associated with Alzheimer's disease, researchers have long struggled to understand exactly how they relate to its progression or a patient's symptoms.

Typically, drug developers would need to provide evidence linking a treatment to reduction of symptoms directly. After all, if clearing beta-amyloids is effective at treating Alzheimer's disease, it should be possible to demonstrate that symptoms decrease after Aduhelm is administered during trials. But, that's exactly what Biogen hasn't been able to convincingly prove, and that's becoming a larger and larger problem as more people realize it.

To try to regain some control of the narrative, on June 23 Biogen announced that it would work to complete a study confirming Aduhelm's efficacy well in advance of the nine-year completion deadline given to it by the FDA. But in the course of doing so, the company unintentionally gave investors an inconvenient reminder. While the FDA approved Aduhelm for use with all Alzheimer's patients, Biogen only tested it in people that were in the earlier stages of the disease's progression. The confirmatory study won't investigate the drug's efficacy for patients with more advanced disease.

So, clinicians that are in-the-know will probably be reluctant to prescribe the drug for more advanced patients, as there's no evidence that it will help them, nor are there any plans to gather such evidence. That's bad news for shareholders, and management doesn't seem to have any plans to calm their ire. 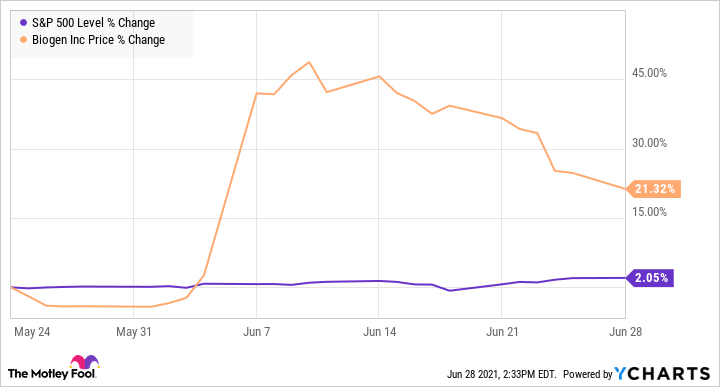 Shareholders are at risk, but the show's not over

These latest developments reinforce the idea that Biogen is now vulnerable. If sharp criticism of the FDA decision continues, it might decide to reconsider the terms of Aduhelm's approval.

Though such an action would be unprecedented, it appears as though Biogen is already trying to reduce expectations about the drug's economic merit. In its approval, the FDA suggested that Aduhelm could treat the 6.2 million Americans with Alzheimer's. In contrast, Biogen itself now says that the drug's eligible patient population is between 1 and 2 million.

That means the early estimations of Aduhelm's future sales are wildly out of alignment with reality. So, when the rubber hits the road and investors see the first full quarters of revenue from the drug's sales, there will be yet another minefield for the stock to navigate.

It's hard to see how Biogen might escape from these problems unscathed. Still, I'll be holding on to my shares for at least a while longer. Despite all of the ongoing turbulence, I expect that the company will eventually find a way to navigate the crisis and make more from Aduhelm than it invested to create it. Even if the stock gets a few substantial dents, I'm optimistic that it'll still be better off than before the approval in the long run.