The way the company crafts its guidance leaves plenty of room for outperformance.

Shares of competitive mobile gaming platform operator Skillz (SKLZ 4.02%) have declined by 24% over the past month, but the company reports its second-quarter earnings on Aug. 3, and a strong showing could spark a comeback. Here are three things investors should be focused on when that earnings report arrives.

1. There's potential for another guidance boost

Skillz went public via a SPAC merger in December, and since then, it has delivered two quarterly reports. In both cases, its revenue growth exceeded analysts' average estimates, and management has raised its 2021 guidance by 2.5% to $375 million.

The question now is whether management will stand pat with its current forecast or if it will again raise its outlook. Skillz has based its guidance on the games it already has on the platform and the markets it's already operating in, so any new additions to the business will be icing on the cake. 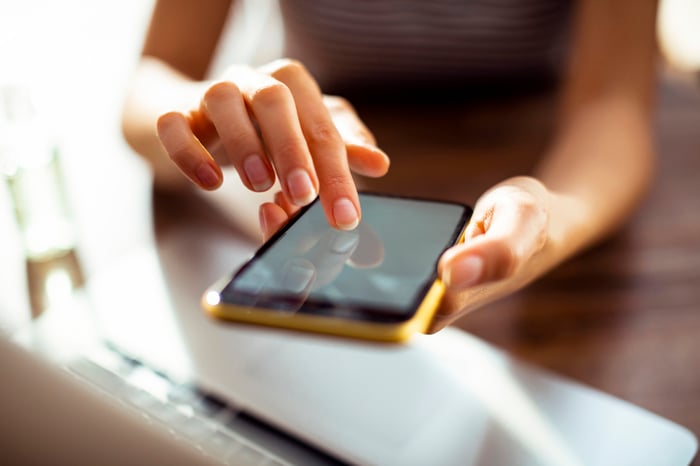 Skillz has some new games on its platform, including its first game in the first-person shooter category, Big Buck Hunter: Marksman. Two strategy games, Big Cooking and Tetris Clash, are also fresh additions. Skillz is also acquiring advertising platform Aarki for $150 million in cash and stock. That deal should close in the third quarter, but Aarki's $30 million in annual revenues have not been factored into Skillz's outlook yet.

If Skillz hits its current 2021 guidance, that will amount to 63% growth. Still, its newer games and the Aarki acquisition add potential upside to its performance, meaning investors could see better revenue growth than expected.

2. Paying users are what matter

Skillz generates revenues by taking a piece of the prize money that users put up in pay-to-compete matches. Unlike traditional platforms where all users are important, for Skillz, the focus is on those paying users.

In Q1, Skillz generated overall user growth of just 4% year over year, which might make it look like the business is faltering. However, its base of paying users grew by 81%, reflecting that Skillz is putting its marketing efforts on getting users to play paid matches.

Growing its overall user base will eventually become a focal point for Skillz, but new markets and games should promote that over time. For the Q2 report, though, investors will want to pay closer attention to how many more paying users are on the platform.

3. Are expansion opportunities on track?

Skillz is preparing to launch in India by the end of the year, steadily hiring employees dedicated to this new market. That will mark the company's first major international expansion effort.

Skillz and the NFL are also bringing football-themed games to the platform in a co-sponsored developer challenge. Skillz recently announced 14 semifinalists that will develop games for judging at the end of 2021. The winning games will gain access to NFL brand licensing and marketing support, and they will be launched for the 2022 NFL season. Skillz could see a large influx of football fans onto its platform if these games become popular.

CEO and founder Andrew Paradise briefly discussed hosting live gaming on the platform during Skillz's first-quarter earnings call in early May. Games on Skillz today are primarily turn-based, with competitors each playing a game, and the platform selecting a winner by comparing scores. Live games would put players head-to-head against each other within the same field of play, as occurs in popular games such as Fortnite or Call of Duty. Skillz is currently testing live matches in Tetris Blitz and could update investors on the progress of the technology in conjunction with the Q2 earnings report. If live gaming is a success for it, that would provide Skillz an opportunity to move into new game genres.

Skillz is now trading at a less expensive valuation after the share price has gone down and revenues have gone up. Its price-to-sales ratio has moved from 42 in February to 16 today. Investors have been selling small and mid-cap growth stocks for the past few months, and Skillz has been thrown out with the bathwater, though nothing has changed for the worse about the company's business in the intervening period.

Investors will want to keep an eye on these catalysts when Skillz reports Q2 earnings next month. The risk here for shareholders is that the company might not be able to effectively execute on its goals. However, if Skillz can deliver on its promises, the stock could begin a massive comeback story that rewards patient investors.