Shares of the drugstore chain gained on what looked like a short squeeze.

Shares of Rite Aid (RAD 12.08%) were gaining this week with the pharmacy stock up 9.7% through Thursday. There was no major news out on the drugstore chain, but the stock did seem to benefit from a short squeeze as shares spiked early in the week, even on Monday when stocks broadly pulled back. 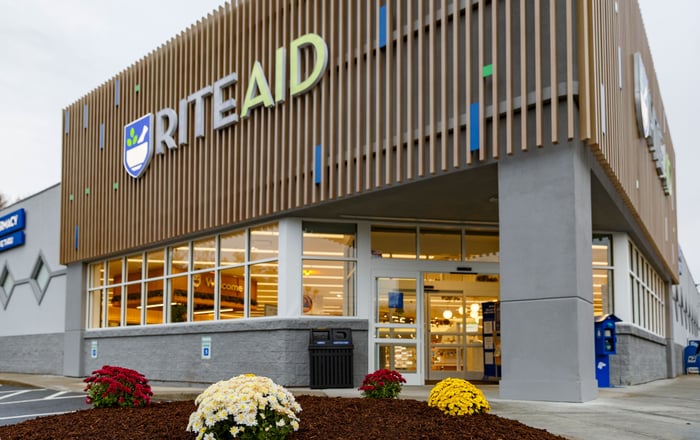 As the influence of traders on forums like Reddit's WallStreetBets has grown, it's not uncommon to see stocks with high short interest move higher with little explanation. AMC Entertainment Holdings and GameStop are the best-known examples of this phenomenon, but dozens of other stocks have benefited from brief, unexplained surges as well.

As a well-known brand and one with 22% of its shares sold short, the company fits the bill of stocks that would get attention from WallStreetBets, and at least a few traders on the discussion board have pushed for a short squeeze on Rite Aid.

The stock jumped 6.8% on Monday on higher-than-normal volume even as the S&P 500 fell 1.6%. On Tuesday, Rite Aid gained another 6.3% on high volume before giving back some of those gains on Thursday.

Rite Aid has historically lagged behind the two leading pharmacy chains, CVS and Walgreens Boots Alliance, and has suffered under a heavy debt burden, which was $3 billion as of its most recent earnings report. Without the related interest expense of $200 million a year, the company would be profitable, but the debt burden has been a nagging impediment in its turnaround attempts.

In its first-quarter earnings report in June, the stock fell when management forecast an adjusted loss for the year, while analysts had expected a profit. The good news there is that if the company can top the subdued guidance it gave, the stock should move higher from here.