Please ensure Javascript is enabled for purposes of website accessibility
Log In Help Join The Motley Fool
Free Article
Join Nearly 1 Million Premium Members And Get More In-Depth Stock Guidance and Research
By Will Healy – Aug 3, 2021 at 10:27AM

Growth in the technology industry has turned some tech stocks into some of the world's most valuable companies. And reaching such a size gave many of these tech stalwarts enough steady cash flow to finally stop resisting the idea of making dividend payments.

Today, tech dividend stocks like Broadcom and Cisco Systems offer payout yields that far exceed the 1.3% average dividend yield of the S&P 500. While Apple and Microsoft do not match that level, their dividends offer a cash return of 0.6% and 0.8%, respectively.

Such companies stand in contrast to tech giants such as Alphabet (GOOGL) (GOOG -0.17%), Amazon (AMZN -1.08%), and Facebook (META 1.98%), which still have declined to offer dividends despite an apparent ability to afford payouts. Let's find out a bit more about these tech companies and their dividend situation. 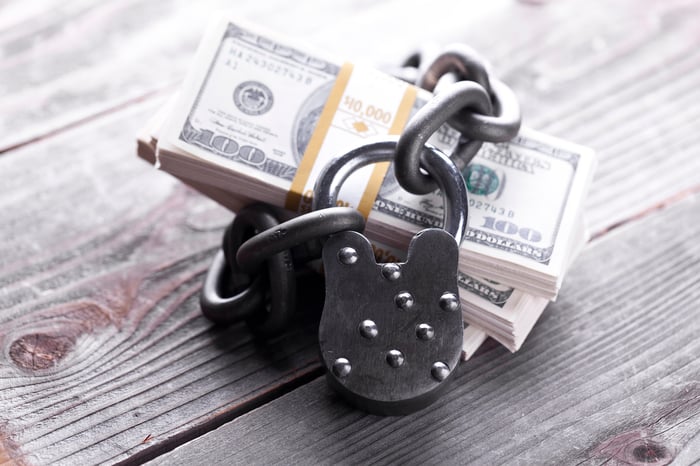 Alphabet and its Google brand have become one of the most recognized companies in existence. Its search engine, YouTube platform, Android operating system, and numerous applications have made it one of the largest companies in the world.

Consequently, its market cap now tops $1.8 trillion. It grew to that size partially because of its ability to produce cash flows. In just the previous two quarters, it generated just under $30 billion in free cash flow. Moreover, its liquidity position stands at almost $137 billion.

Given its cash position alone, one might think Alphabet could afford payouts. To match the 1.3% average dividend payout, the company would have to pay shareholders approximately $35 per share annually. Given its 667 million shares outstanding, it would cost the company around $23.3 billion. While that sounds like a significant sum, it comes to 55% of Alphabet's 2020 free cash flow and is on track to amount to less than 40% of free cash flow in 2021. Hence, offering such a payout should still allow Alphabet to do what it does best -- invest in innovation.

Like Alphabet, Amazon has grown into one of the largest tech giants. Over time, moves to pioneer the e-commerce and cloud computing industries helped to take Amazon stock to a market cap just above $1.7 trillion. Moreover, Amazon's liquidity position now stands at $89.9 billion, up more than $5 billion since December.

While management did not discuss free cash flow on the Q2 2021 earnings call, Amazon mentioned it was adding to its sales force and expanding infrastructure in new markets. Consequently, property and equipment purchases rose 144% during that period, and this cut deeply into free cash flow levels.

Admittedly, such spending could affect the size of potential payouts. A 1.3% cash return would mean that Amazon pays out a dividend of approximately $44 per share annually. With around 504 million shares outstanding, that payout would cost Amazon about $22.2 billion per year. Since this either exceeds or claims the overwhelming majority of free cash flow in each of the last three years, Amazon would likely not match the average yield of the S&P 500.

Nonetheless, matching Apple's dividend yield of 0.6% would cost Amazon around $10.2 billion. Despite the costs of improving infrastructure, Amazon could probably afford such a figure, even in an environment of lower free cash flow.

Like its big-tech peers, Facebook's generalized appeal and success as an ad platform drove both user growth and massive profits. This success has now taken its market cap to the $1 trillion mark.

That has also brought its cash flows to new highs. In the first two quarters of 2021, Facebook generated more than $16.3 billion in free cash flow, a 108% increase compared with the first six months of fiscal 2020. Additionally, it holds almost $64 billion in cash and marketable securities.

Admittedly, each of these companies has experienced massive success without turning to dividends. Nonetheless, without a dividend, such companies are likely not on the radars of income-oriented investors.

Additionally, a closer look at these companies' financials indicates each of them could afford to become dividend stocks on par with other tech giants. Since dividends give shareholders an extra incentive to hold onto a stock regardless of market conditions, each company might want to consider payouts as a way to expand and further solidify their shareholder bases.