An analyst at Baird downgraded shares of Immunovant (IMVT -0.60%) this morning after its former parent -- Roivant Sciences -- upped its stake in the company with a $200 million investment. The drop adds salt in the wound of the 26% collapse the shares experienced yesterday. 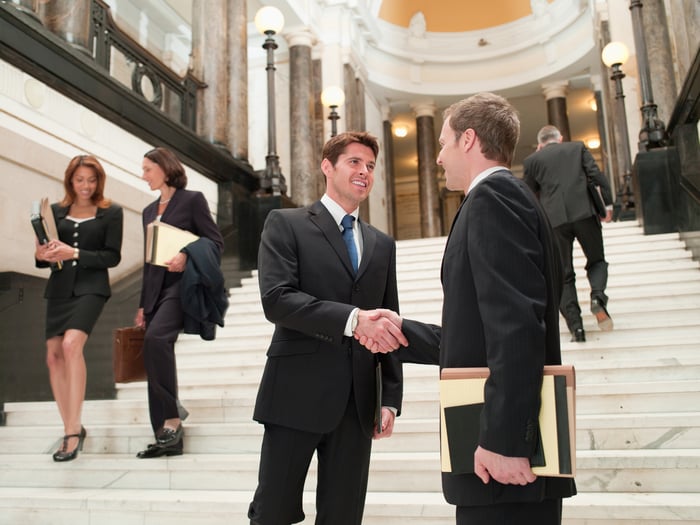 It's not the kind of news that usually tanks shares. But it wasn't the deal shareholders and analysts had expected. Earlier this year, Roivant had said it intended to make an outright purchase of Immunovant. After spinning it out through a special purpose acquisition company (SPAC) in 2019, it appeared Roivant would bring Immunovant's drug for autoimmune conditions back in-house. The same analyst that downgraded the stock today had said a buyout could fetch as much as $26.50 per share. The stock currently trades at $7.

In the first half of the year, Immunovant had to stop two clinical trials for its drug IMVT-1401 after participants developed high cholesterol levels. It intends to test the drug in other indications, and the investment -- which brings Roivant's stake up to 64% of Immunovant -- will allow that plan to go forward. With the cash infusion, Immunovant's CEO believes the company can get the stalled trials back on track and launch a few others over the next 12 months.

Immunovant might succeed. Still, it's far from a vote of confidence when a former parent company backs out of a potential acquisition. A cynic might say Roivant is trying to give its former subsidiary a fighting chance while making sure to limit its own exposure.

Why Immunovant Stock Is Skyrocketing This Week

Why Immunovant Stock Is Bouncing Back Today