Investors have 2 billion reasons to celebrate.

Shares of Score Media and Gaming (SCR) soared on Thursday after the sports betting company said it agreed to be acquired by casino giant Penn National Gaming (PENN -1.88%). As of 2:30 p.m. EDT, theScore's stock price was up a stunning 82%.

The deal values theScore at roughly $2 billion, or $34 per share. Shareholders are slated to receive $17 in cash and 0.2398 shares of Penn National stock for each share of theScore they own. The transaction is expected to close in the first quarter of 2022, subject to regulatory and shareholder approval.

"We are thrilled to be acquiring theScore, which is the number one sports app in Canada and the third most popular sports app in all of North America," Penn National CEO Jay Snowden said in a press release. 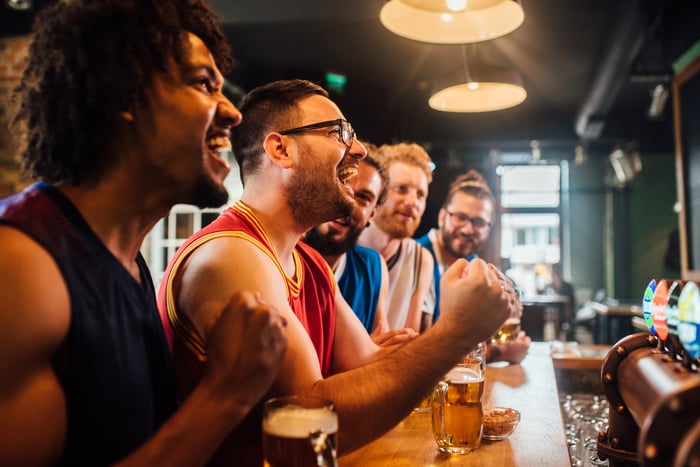 The deal is projected to bolster Penn National's technology platform and digital media presence. Additionally, the greater scale of the combined company should allow it to reduce operating costs, thereby improving its profit margins.

All told, Penn National forecasts that purchasing theScore will boost its adjusted earnings before interest, taxes, depreciation, and amortization (EBITDA) by more than $500 million over the long term.

Investors applauded the deal. In addition to theScore's staggering gains, Penn National's stock price also jumped over 8% on the news.

It's easy to see why. The combined company would instantly become a dominant force in the industry, with a leading presence in digital sports media, online betting platforms, and gaming technology.

Why Score Media and Gaming Struck Out Today
376%