Shares of ViewRay (VRAY -0.62%) were sinking 20.9% as of 11:40 a.m. EDT on Friday. The decline came after the maker of medical imaging systems announced its second-quarter results following the market close on Thursday.

ViewRay reported second-quarter revenue of $15 million, up 5.6% year over year. This result topped the consensus revenue estimate of $14.42 million.

But the problem was with ViewRay's bottom line. The company posted a net loss in the second quarter of $31 million, or $0.19 per share. The average analysts' estimate was for a net loss of $0.16 per share. 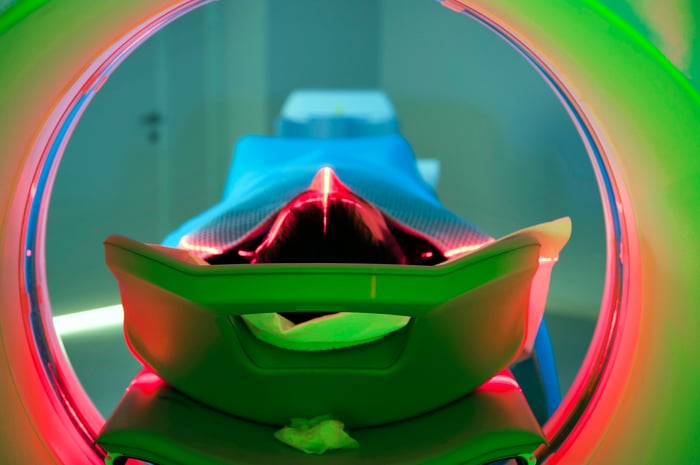 ViewRay's full-year revenue guidance was also disappointing. The medical device company projects revenue in 2021 will be between $63 million and $73 million. The upper end of that range is slightly below the Wall Street consensus estimate of $73.1 million.

The bottom-line miss really wasn't as bad as it might seem, though. ViewRay said that its net loss was wider because of the revaluation of warrants. But that revaluation was due to the healthcare stock soaring during the second quarter.

It's best to look at the big picture for any company rather than relying on a quarterly snapshot of how it fared against analysts' expectations. For example, ViewRay's backlog continued to grow in the second quarter, and the company is working to push costs down to improve margins.

Probably the biggest variable at play for ViewRay for the immediate future is the pandemic. CEO Scott Drake said in the company's quarterly conference call that "the pandemic continues to have a dampening effect on our business from an order and revenue standpoint."