Shares of MercadoLibre (MELI 1.38%) were moving higher today even as there was no company-specific news on the Latin American e-commerce company.

Instead, a disappointing report from fellow international e-commerce stock Jumia Technologies (JMIA -2.94%) seemed to highlight MercadoLibre's strengths as the two often draw comparisons with each other. During a quarter when e-commerce stocks largely faced difficult comparisons with the year-ago quarter, MercadoLibre stood out as one of the rare winners in the sector after surging on its earnings report a week ago, passing its second-quarter update with flying colors. Jumia's report seemed to highlight those strengths further. 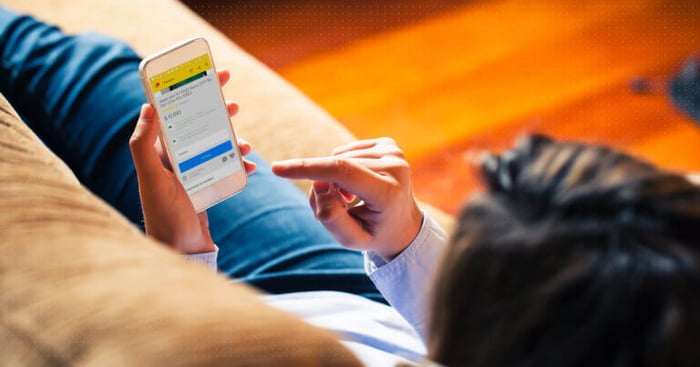 MercadoLibre stock had jumped 14% last Thursday after the company delivered strong Q2 results, which included revenue doubling on a currency-neutral basis to $1.7 billion, easily beating estimates at $1.46 billion. On the bottom line, earnings per share climbed from $1.11 to $1.37, which smashed estimates at $0.11.

Some investors see Jumia, which functions as an e-commerce and digital payments business in Africa, as similar to MercadoLibre since it operates with a similar business model and is focused outside the U.S. However, Jumia is much smaller.

In its Q2 earnings report, Jumia posted an 11% decline in GMV to $223.5 million, in part a reflection of its transition to third-party sales and lower-priced, more-frequently purchased items. Overall, revenue was up 4.6% to $40.2 million, which missed estimates at $42.3 million. On the bottom line, Jumia's adjusted earnings before interest, taxes, depreciation, and amortization (EBITDA) loss widened 15% to $41.6 million, a worrying sign as the company had been sacrificing top-line growth in order to trim its losses.

Jumia wasn't the only e-commerce company to miss the mark this quarter. High-profile, e-commerce stocks like Amazon, Etsy, Alibaba all fell on their earnings reports, posting underwhelming numbers.

That shows how strong MercadoLibre's business is as it was able to double revenue on a currency-neutral basis two years in a row. While the stock is pricey, such growth shows its potential and warrants a high valuation. Investors are responding accordingly.