Researchers might have found some difference between mRNA vaccine makers.

Shares of BioNTech (BNTX -3.05%) were down nearly 7% today after two studies of more than 50,000 patients in the Mayo Clinic Health System showed rival Moderna's (MRNA -1.36%) vaccine might be more effective against the troublesome delta variant of the SARS-CoV-2 coronavirus.

The effectiveness of BioNTech's vaccine, developed with Pfizer (PFE -2.01%), was only 42% during July, according to the study, compared to 76% for Moderna. The numbers were calculated at a time that delta has become the dominant strain infecting Americans. A second study showed nursing home residents generated stronger immune responses after the Moderna vaccine than after BioNTech's. 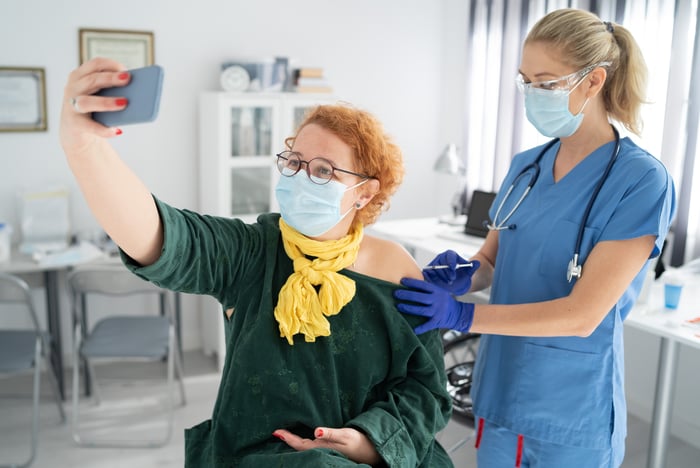 With so many Americans already vaccinated, the study won't have as much impact as it might have had if it came out earlier this year. Still, it might sway those who remain unvaccinated to seek out the Moderna jab over BioNTech's. There are still more than 700,000 vaccinations happening per day, enough to move the needle financially.

It may also impact the demand for boosters. Despite the hesitancy of the Food and Drug Administration and the Centers for Disease Control and Prevention, there is little doubt that additional shots to maintain immunity will be necessary. It's been reported that the agencies could authorize them for the 7 million immunocompromised Americans as soon as this month.

The move today couldn't have been all about the data, though. Moderna shares fell almost 6%. Investors will need to watch for any updates as the studies go to peer review. As it stands, Moderna and BioNTech expect $20 billion and $18.6 billion, respectively, in vaccine revenue this year.