Please ensure Javascript is enabled for purposes of website accessibility
Log In Help Join The Motley Fool
Free Article Join Over 1 Million Premium Members And Get More In-Depth Stock Guidance and Research
By Taylor Weldon – Aug 14, 2021 at 6:10AM

Read this before the earnings report to put the company's results in context.

After the well-known gaming platform Roblox (RBLX -3.40%) released its most recent key user metrics update in June, investors saw the first signs of the reopening economy slowing the company's growth. Some will make the argument that early summer is a traditionally slow season for video games, and it's a valid point to explain the platform's drop in daily active users (DAUs) -- but user count isn't the only key performance indicator (KPI) for Roblox.

Roblox will release its fiscal 2021 second-quarter earnings report after market close on Aug. 16. Before then, investors should understand the significance of three focus areas for Roblox. While any single earnings report only reflects a chapter in a company's growth story, knowing what to look for -- and why -- will help you make an informed investment decision in the bigger context of the company's overall performance. 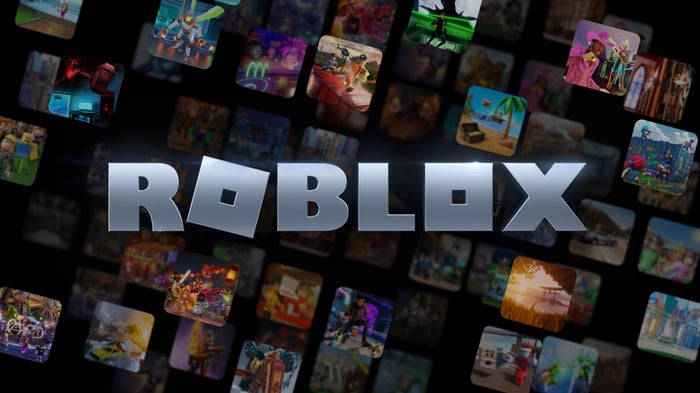 Roblox's average bookings per DAU (last reported in June for the month of May) were estimated to be between $5.02 and $5.09, down 2% to 3% year over year. Additionally, the company's most recent earnings report boasted average bookings per DAU between $5.59 and $5.66 for the month of April -- meaning Roblox users are spending less on the platform both on a year-over-year and month-over-month basis, according to the company's most recently reported data. It's important to note that the vast majority of Roblox's revenue comes from the sale of virtual items on its platform with Robux, according to the company.

Roblox's recent decrease in average bookings per DAU raises concerns that a return to the "new normal" will have parents spending more on in-person activities and less on their kids' Robux wallets. Continued decreases in Roblox's average bookings per DAU could confirm this theory and hold the company back from profitability longer, making it a critical KPI to look for in the company's second-quarter earnings report.

Active users in the 13+ age segment

One of Roblox's strategies to increase bookings is to attract more active users over the age of 13. Expanding into an older user base would help Roblox increase bookings (because older gamers tend to have more money to spend) and improve its network effects.

For example, gamers over the age of 13 who play a relatively age-agnostic game like Fortnite may influence an extensive network -- friends, siblings, neighbors -- to game with them on Epic Games' platform. Alternatively, gamers under the age of 13 on Roblox would likely only be able to influence friends or family members in their immediate age range to join them on Roblox, thanks to their limited networks and Roblox's reputation for kid-friendly games.

This appeal to younger gamers is a self-fulfilling cycle in some ways -- Roblox's users, not the company itself, develop games for the platform. Roblox developers know that the platform's user base consists of mostly young gamers, so they create kid-friendly games. These games attract more young gamers and young developers to the platform, and so on.

Roblox will likely report a breakdown of its age demographics in its earnings report, and it will be important to note whether growth in users over 13 outpaces overall user growth. As of the company's last earnings report, users over 13 had reached 48.97% of the platform's total user base, compared to 42.54% in the prior-year period.

Considering this growth trend, it is reasonable to expect that Roblox will report this quarter that users over 13 comprise 50% or more of the platform's user base for the first time in company history. Look out for this milestone in the company's second-quarter supplemental materials.

Plans in education and beyond

Arguably, the most interesting growth avenue for Roblox is education. Roblox Education is a unique platform that combines gaming and learning experiences (like coding) for the benefit of both kids and their teachers. However, this part of the company is still in its early stages of development.

Roblox leadership has not shared details about how it plans to monetize Roblox Education, which is currently a free-to-use platform. Still, Roblox CEO David Baszucki sees an "enormous educational opportunity" for Roblox, as he discussed in the company's first-quarter earnings conference call. In the next earnings report and subsequent conference call, investors should look for more detail about how Roblox Education's huge opportunity will fit into the company's business model and move the needle long term.

Keep an eye out for the focus areas outlined in this article in addition to the standard KPIs like total bookings, earnings (or, more likely, losses), and total DAUs. Roblox stock is priced for the best-case growth scenario with little room for error, so investors should have high expectations for the company's second-quarter earnings report to inform their investment decisions.