Since the economy began opening back up, many economists have been pointing to inflation as the next big risk to the stock market. In April, prices rose the most since 2008. They accelerated in May and June and finally leveled off in July at a robust 5.4% annual rate. Admittedly, some have been calling for inflation ever since the 2008 financial crisis, but it has never materialized. Now, with prices racing higher coming out of a global pandemic, the U.S. central bank is saying the increase is "transitory".

Many are confused about the term. It doesn't mean prices will retreat. It means that prices will quit rising as fast as they are now. They aren't alarmed, but economists aren't running companies. And how prices affect the bottom line can have implications for how stocks perform over any period of time.

That's why it makes sense to hear how the CEOs of some of the largest companies in America are feeling about rising prices. For HCA Healthcare (HCA 0.23%), Walmart (WMT -0.10%), and JPMorgan Chase (JPM -0.79%), the message seems clear. 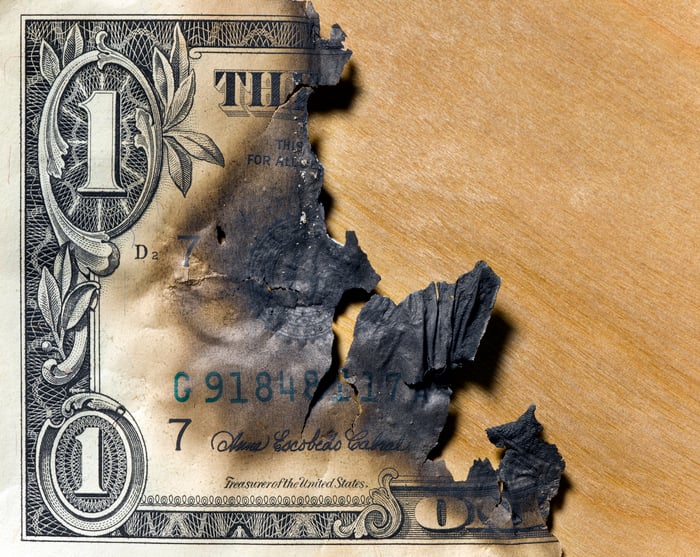 HCA is the largest operator of hospitals in the U.S. and employs about 275,000 people -- roughly 80,000 of them part-time. On the company's second quarter earnings call, CEO Sam Hazen outlined what the company is experiencing with respect to labor costs.

Although gross margin slipped a bit from 84.1% in the first quarter to 83.5% in the second quarter, Hazen said labor costs were stable across the two periods. He acknowledged being in a difficult labor market but listed a few ways the company was addressing inflationary pressures.

First, it is stepping up efforts in recruitment. That investment can lead to diminishing returns in a market with few hires available. Second, HCA has implemented some compensation adjustments. That could mean the quarter's stable labor costs weren't achieved by curbing wage inflation, rather by paying fewer workers more money each. It's great for employees in the short term, but it can stress a thin labor force and ultimately put pressure on other areas like staff turnover and safety. The company said only some of the costs of its compensation programs had shown up in the first half of the year. It didn't take analysts long to put two and two together. They pointed out the company's guidance implied a lower gross margin in the second half of the year than the first. It seems like despite efforts to mitigate the impact, HCA is telling shareholders to brace for labor inflation when they report third quarter earnings this fall.

As one of the largest employers and retailers in the country, Walmart is in a prime position to report on inflation. It employs 2.3 million associates and generated $555 billion in sales in its fiscal year ending Jan. 31. As prices rise, employees will clamor for higher wages to maintain their standard of living. Similarly, inflation should lead to more revenue for the company as they pass those higher prices on to consumers.

Management believes the environment is an advantage to the company, noting how convenience trumped value during the pandemic. That led to declines in store traffic because people were willing to pay more to stay close to home or have items delivered. Government stimulus helped consumers keep making that choice into 2021. With those programs ending and prices rising, it sees a return to the cost conscious, one-stop shopping that Walmart offers.

On the labor side, the company isn't immune to rising prices. Earlier this year it announced it would raise the minimum pay for about one-fourth of its U.S. workers to $15 per hour. The company has referred to increased wages as a challenge for a large retailer like itself. Management might not have made any bold statements about inflation, but its words and actions indicate it is expected for the remainder of this year.

On the second quarter earnings call, the CFO said the company wasn't actually seeing inflation in the reported numbers year-to-date. However, the firm's research team was in agreement with the Fed, and the broader consensus, that a robust economic recovery would fuel higher prices and interest rates. For that reason, JPMorgan increased its projection for full year expenses from $70 billion to $71 billion.

CEO Jamie Dimon called out the likelihood that increases in home prices and stocks, as well as consumer savings, incomes, and sentiment would stoke inflation. Surprisingly, he said growth in the U.S. going into the second half of the year could be the strongest it's ever been. He topped it off with the summary that those tailwinds could push inflation higher than people think and that it won't all be temporary.

Nobody has a crystal ball

Obviously, no one can predict the future. But one of the largest healthcare providers in the country is taking action to raise pay as it struggles to find enough workers. Perhaps the largest retailer in the country is raising wages for many of its workers and highlighting for analysts how it benefits in an economy with rising prices. Finally, the nation's largest bank is increasing its guidance for expenses and its CEO -- one of the most respected in the world -- is saying the U.S. economy could soon be as strong as it has ever been. No matter what Fed chair Jerome Powell says, these CEOs are painting a picture of persistently higher prices through both their words and actions. Investors should take note.

Buffett Would Think These 3 Stocks Are a Deal
376%