Asset manager and insurer Prudential Financial (PRU -0.23%) reported strong second-quarter results this month, delivering $3.79 in after-tax adjusted operating income per share -- obliterating analysts' forecasts by better than 25%. Prudential was able to leverage its status as one of the largest and best-known asset managers and insurers in the world to produce a net inflow of $5.6 billion in institutional funds in the second quarter, offsetting a $0.3 billion outflow of retail investor funds.

While this is certainly impressive, it doesn't automatically mean the stock is a buy. Let's dig deeper into Prudential's business, the macroeconomics supporting Prudential in the future, and the stock's valuation to determine whether Prudential could be an attractive option for investors. 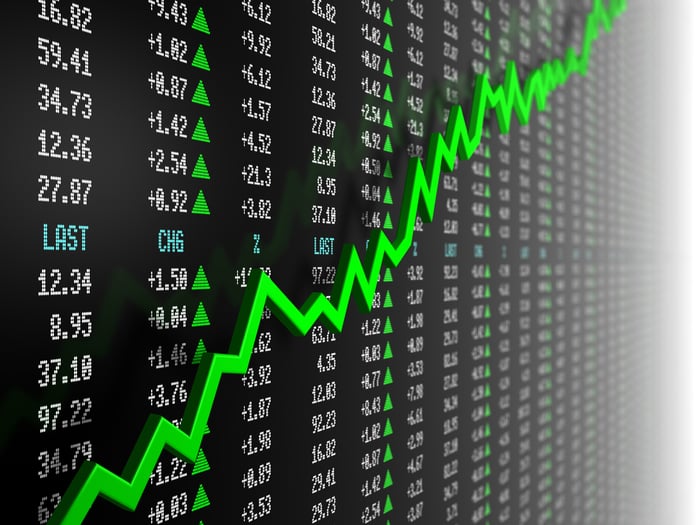 U.S. and international businesses drove growth in the second quarter

Prudential offers group life, long-term and short-term disability, and variable and fixed annuity products to a wide range of customers around the world. Its massive $1.73 trillion in assets under management (AUM) is split fairly evenly between institutional customers at $619 billion (banks, insurers, pension funds, etc.), retail customers at $401 billion, and the $492 billion general account (where the company invests its life and disability insurance premiums). The remaining $219 billion falls within other reporting segments. As such, it's well-positioned to take advantage of improvements in the economy (more on that shortly).

U.S. businesses accounted for 49% of the company's $1.91 billion in pre-tax adjusted operating income last quarter. Unfavorable underwriting in the segment driven by U.S. COVID-19-related mortalities was more than offset by equity market appreciation and the resulting higher investment and fee income, according to Controller Rob Axel in Prudential's Q2 2021 earnings call. This is what helped the segment's pre-tax adjusted operating income surge from $455 million in the second quarter of 2020 to $1.09 billion in the same period this year.

The strength of the U.S. and international businesses segments offset the weakness in the smallest non-corporate and other segment, which is PGIM. PGIM provides global asset management services to institutional and retail investors, and accounted for the remaining 14% of pre-tax adjusted operating income. The $315 million it earned was essentially offset by the $300 million pre-tax adjusted operating loss within the corporate and other segment (basically the catch-all for corporate initiatives that don't fall into the three primary business segments). PGIM's record account values totaling $1.51 trillion -- and the resulting record asset management fees -- were unfavorably offset by higher expenses to support growth of the business, Axel said. This led to the slight dip in pre-tax adjusted operating income from $324 million in Q2 2020 to $315 million in Q2 2021.

Early in the second-quarter earnings season, JPMorgan Chase analyst Dubravko Lakos-Bujas said he believed there was still room for the S&P 500 to improve overall earnings this year due to "improving fundamentals in the labor market and record household savings." That would be good news for Prudential in a number of ways.

The U.S. unemployment rate dropped from 5.9% in June to yet another pandemic low of 5.4% after some 943,000 jobs were added in July (versus 845,000 expected, which is the most added since August 2020). Although the U.S. economy needs to add another 3 million jobs to revert to the pre-COVID unemployment rate of 3.5%, considerable progress is being made. As unemployment continues to dip, individuals as a whole will find themselves with more funds to invest.

As one of the larger asset managers, Prudential is primed to receive a portion of these increased savings, in turn helping both the company's top and bottom line. U.S. household savings rose $850 billion from Q4 2020 to a record $14.5 trillion in Q1 2021, which means there is plenty of capital for U.S. households to put to work.

Needless to say, further upside in the broader markets and additional net inflows would help bolster Prudential's assets under management and overall operating fundamentals for the second half of this year.

A cheaply priced stock worth consideration

Despite what appears to be a favorable macroeconomic outlook for Prudential to close out this year, the market doesn't seem to be impressed. At its recent price of $108 a share, Prudential is trading at about two-thirds of its book value, significantly lower than its 13-year median price-to-book-value ratio of 0.81.

Even though a sell-off induced by the delta variant and increased life insurance payouts from COVID-19-related mortality are possibilities, Prudential is arguably an undervalued stock for the long term. Its second-quarter results were robust. But more important, macroeconomic indicators imply that Prudential will benefit from steady to slightly upward equity markets, improving unemployment rates, and U.S. households flush with cash.

Despite the risks posed by the delta variant, I would argue that the market's skepticism toward Prudential offers a long-term buying opportunity while the stock is cheaply priced.

Is This High-Yield Dividend Stock a Buy?

2 Best Dividend Stocks That Wall Street Is Sleeping On
363%