This once-meme cryptocurrency is gaining a lot of investor attention.

VeChain (VET -0.80%) is the 17th most popular cryptocurrency today by market capitalization, valued at $8.1 billion, and has returned nearly 500% since its relaunch in July 2018. Most investors probably first heard of VeChain from a satirical video titled "The Chad Supply Chain 2.0," created by crypto-comedian and YouTuber Bizonacci three years ago, that has since garnered 1.13 million views.

As ridiculous as this all sounds, the content served as a free marketing tool for VeChain that propelled it to mainstream crypto status. But let's look at why the token also has revolutionary potential aside from its meme value. 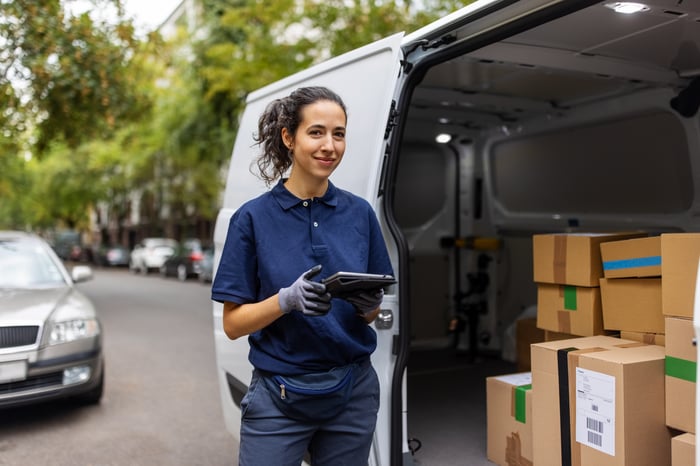 So what is VeChain?

VeChain was founded by Sunny Lu, the former chief information officer of Louis Vuitton China, in 2015 but went through a heavy rebranding process in 2018. Since then, VeChain has become all about supply chain management. The network has two tokens, the VeChain Token (VET) and the VeChainThor Energy (VTHO). VET transfers value between participants and can be as volatile as other cryptocurrencies. Meanwhile, VTHO powers smart contracts on its native blockchain.

VeChain works as follows. First, project managers assign a product's QR code with a unique VeChain ID stored on VeChainThor. Afterward, operation staff can collect and upload product cycle data directly on the blockchain. Once it reaches the consumer, they can scan tags and retrieve the manufacturing information directly from VeChainThor's ledger.

Consumers can then quickly identify whether or not the goods are counterfeit. For example, the network is currently used to verify the authenticity of Nike shoes on a limited scale by an Australian clothing company.

There are also applications outside of intellectual property protection, especially in countries such as China, where food safety is a major problem. Last year, the VeChain Foundation became the first blockchain entity to join the China Animal Health and Food Safety Alliance (CAFA) to provide food production traceability. Notable food brands such as McDonald's are also a part of CAFA. Adoption of the practice is gaining traction. Last year, Amazon filed a patent for a blockchain system that tracks goods as they move up the supply chain.

Is it a good investment?

In 2019, Walmart China teamed up with the VeChain Foundation to streamline product management between its suppliers, stores, and customers using its blockchain network. What's more, the foundation is partnering with Kuehne & Nagel (KHNGF -3.26%), the biggest freight forwarder in the world, and its Chinese subsidiary to make parcel tracking smarter. In other parts of the world, VeChain Foundation is partnering with French automobile manufacturer Groupe Renault (RNSDF 15.33%) to develop a digital car maintenance ledger. It would ensure car sellers cannot tamper with items such as mileage.

Like most cryptocurrencies, the supply of VeChain is limited -- to 86.7 billion. All tokens have already been minted. This means that as the foundation behind VeChain secures more partnerships, more capital would flow to the token, driving its price up due to a fixed supply. Overall, I'm a big fan of VeChain's potential to revolutionize supply chain management alongside its growing recognition. It is a solid cryptocurrency investment to add to one's crypto portfolio.

As Far As Utility Goes, VeChain Blows the Competition Out of the Water
363%