Management is spending aggressively on growth and it could be spooking investors.

Skillz (SKLZ 7.44%) seems to be one of the more toxic stocks on Wall Street this year, judging by its price performance. Share prices of the gaming company are down about 45% thus far in 2021.

The company's competitive advantage is that it offers players the chance to wager real money on various mobile games played against each other through tournaments and competitions. It benefits from a quirk in gambling laws that allows games based on skill to skirt many wagering regulations. Additionally, it offers gameplay without monetary outcomes for those users who wish to keep it friendly. 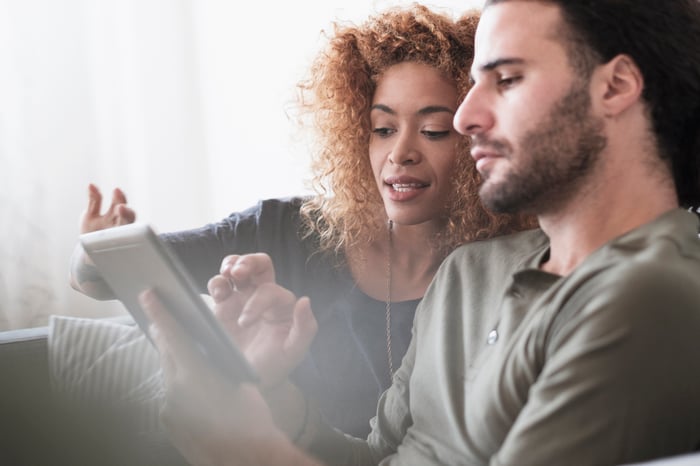 The company was a favorite among tech-stock traders until it got caught up in a broader sell-off of tech stocks back in February. What could be causing the market's disenchantment with Skillz stock? Let's take a closer look.

A streak of strong growth in paying players ends

During the pandemic, more folks were staying home and many of them were looking for new entertainment options to occupy their added free time. Skillz was there to take advantage and it added 209,000 monthly paying players (MPP) between its fiscal first quarter of 2020 and Q1 2021, nearly doubling its total to 467,000. At the end of Q1, Skillz was on a streak of eight consecutive quarters of growing MPP.

The streak ended in Q2 2021 when economic reopenings gave people more options for what to do with their time and money. Still, the loss was modest. Skillz lost 4,000 MPP between Q1 and Q2. Unfortunately, it also spent 108% of revenue on sales and marketing in the quarter.

Losing a small percentage of players during a historically unique event like an economic reopening would not be terrible news if not combined with the fact that Skillz spent so heavily on user acquisition at the same time. And that was after a first quarter which also included heavy spending on marketing. Overall, in the six months ended June 30, Skillz spent $196 million in sales and marketing and earned $173 million in revenue.

"The first quarter historically has been the best time to purchase digital media impressions, as consumer products companies pull back on marketing budgets post-holiday and consumers, many of whom have received new devices over the holiday season, look for games to play on them. Recognizing this, we typically invest more in User Acquisition in the first quarter than we do in the second quarter."

So it had an explanation for the discrepancy, but the market was still spooked and the stock price is down significantly. That suggests that aggressive spending by management in and of itself was not enough to sour the market on a stock.

What's more likely is that the market does not like the results that came from the added spending. If important business metrics were improving more rapidly for Skillz through the heavy spending, the market would likely cheer the news that management is finding profitable ways to allocate capital. Instead, the market could be viewing the current level of spending as a bit wasteful and sending a signal to management to pull back some of its spending or find more productive things to spend capital on.

Despite the drop in the stock price, Skillz stock is still not cheap. Skillz is trading at a forward price-to-sales ratio of 11, albeit it is down significantly from the 40-plus ratio it was trading at earlier in the year.

Investors cannot be faulted if they want to roll the dice on this beaten-down growth stock after it's taken such a fall. But my advice is to hold off on this stock at the moment until management can come up with a spending plan that actually produces results.

Why Skillz Is Falling Hard Yet Again
349%