Investors were displeased with sales performance, but the retailer's stellar earnings got overlooked.

Shares of Abercrombie & Fitch (ANF 1.80%) were trading down 13.5% at 10:19 a.m. EDT on Thursday after the company delivered fiscal second-quarter financial results that missed the consensus estimate for sales. It posted a 24% increase on the top line, but sales of $865 million came in shy of the $879 million expected.

However, the bottom line looked much stronger, with non-GAAP (adjusted) earnings per share of $1.70 significantly beating estimates that called for $0.77. Adjusted EPS was also much higher than the year-ago quarter's $0.23, although the company said that it benefited from a $0.53 increase in income tax valuation allowances and a statutory rate change on the valuation of deferred tax assets. 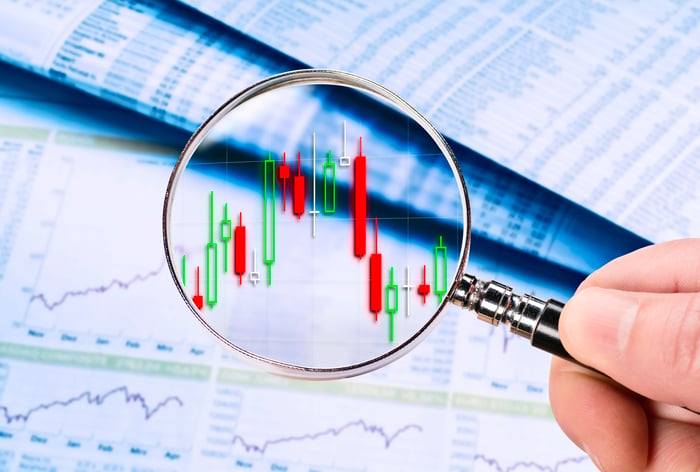 The company said sales increased 3% on a two-year basis with the same quarter in 2019. This gives a better view of how the business is performing, since Abercrombie was reporting against a year-ago quarter that saw sales decline 17%. The core U.S. market reported a 11% increase on a two-year basis.

Investors have to like the company's performance on the bottom line. On the surface, we can point to the 4.5 percentage point improvement in gross margin for the strong earnings growth, but looking deeper, it is very encouraging that the company credited higher selling prices for the margin bump. A higher gross margin in retail is a tell-tale sign of healthy brand competitiveness in the marketplace. 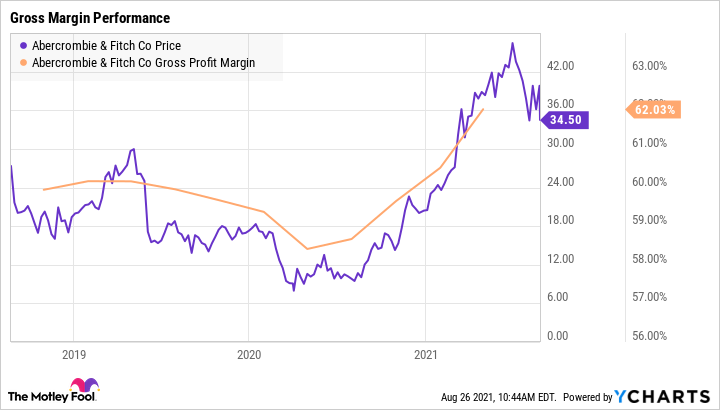 Overall, there seem to be more positives than negatives in Abercrombie's latest earnings report. In fact, CEO Fran Horowitz said, "Momentum has continued quarter-to-date," driven by a strong start to the U.S. back-to-school season. Specifically, Horowitz called out a strong response to the Gilly Hicks brand relaunch and updated store experiences.

Horowitz also said the company is remaining on offense and specifically mentioned the improvement to the company's cost structure, along with better brand positioning, that should lead to near- and long-term benefits. That sounds like the recent earnings performance may not be a one-off event.

For what it's worth, Wall Street analysts expect Abercrombie & Fitch to grow earnings at an annualized rate of 18% per year over the next five years. Other apparel stocks might be better options for long-term investors, but Abercrombie's current forward price-to-earnings ratio of 9.7 could look very cheap if it can continue delivering double-digit earnings growth.