Don't miss out on these fabulous bargain buys.

In the words of Warren Buffett, "Whether we're talking about socks or stocks, I like buying quality merchandise when it is marked down." While price alone should never determine whether you buy a stock, Buffett's sentiment is worth remembering for long-term investors.

When you buy and hold stocks for years, you're likely to see shares fluctuate over time along with the broader market. In today's rather turbulent market, while many stocks are overpriced, a number of top growth stocks with great underlying businesses have fallen from pandemic highs. This creates an opportunity for shrewd long-term investors to snag great buys on the cheap.

If you're going bargain hunting this week, here are two stellar stocks for your consideration. 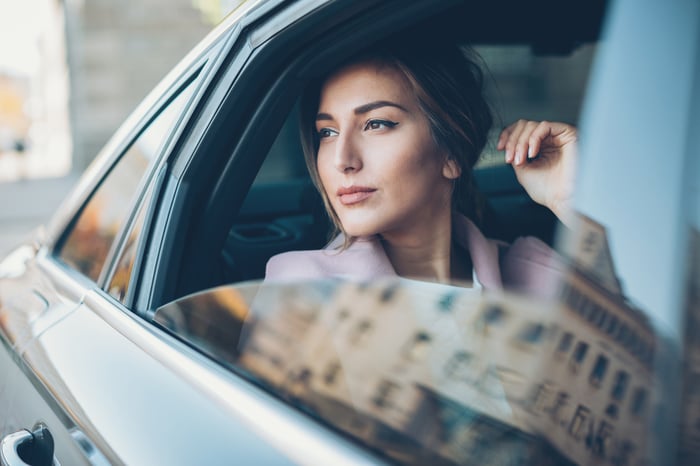 The world's largest telehealth provider became a household name in the early days of the pandemic as lockdowns and overwhelmed healthcare systems compelled patients to look for alternative ways to get the care they needed when they needed it.

Although shares of Teladoc (TDOC 0.69%) have dropped about 30% over the past year as the hype surrounding stay-at-home stocks has died down, its growth has remained steadily on course. It's also worth noting that shares of the healthcare stock have appreciated by about 676% over the trailing-five-year period, considerably above the 107% return delivered by the S&P 500 in the same window of time.

Teladoc's penchant for rapid revenue growth didn't start with the pandemic. For instance, in 2019, the company reported that its top line jumped by a whopping 32% from the prior year. And that same year, total visits conducted on Teladoc's platform surged 57% higher than in 2018.

In the most recent quarterly report, for the period ending June 30, the healthcare stock reported that its revenue was up 109% year over year. In addition, total visits on its platform jumped nearly 30% from the year-ago quarter. During the three-month period, Teladoc expanded its already considerable stable of healthcare services with the launch of myStrength Complete, which it describes as "an integrated mental health service that combines app-based tools and coaching expertise with Teladoc's therapists and psychiatrists."

The company finished the second quarter with about $784 million in cash and cash equivalents and just about $276 million of debt due within the next year. In fact, it was such an illustrious quarter of growth for Teladoc that management raised its full-year guidance again, after having done so in the previous quarterly report. It now projects upward of 80% revenue growth for full-year 2021.

Shares of Teladoc may not be flying as high as they were a year ago. But its prospects as the leader in its industry (which is expected to hit a global valuation of nearly $500 billion by 2026) remain unchanged. Teladoc continues to add quarter after quarter of strong growth to an already stellar track record. Long-term investors should consider buying now before shares potentially jump skyward again.

My next stock is from an entirely different industry, but one that also possesses impressive long-term potential. Freelance platform Fiverr (FVRR -4.24%) piqued investor interest last year due to its unique relevance in the work-from-home era.

But as global economies have begun recovery, many investors have shifted their interest to reopening stocks. Not surprisingly, shares of Fiverr have dropped by more than 11% year to date, although they're still about 55% higher than just 12 months ago.

With the stock on sale, is now a good time to buy? The answer is an unequivocal yes. Let's start by looking at several relevant stats. According to a recent study by Orbis Research, the market for global freelancer platforms is on track to hit a valuation of more than $9 billion by the year 2026. Fiverr's platform and services also directly support the booming gig economy, which is set to generate gross volume of more than $455 billion globally by 2023 alone. Latest estimates show that a freelancer snags a new gig on Fiverr every four seconds.

The company was launched in 2010 and went public in 2019. That year, it reported robust revenue growth of 42%. In 2020, as the pandemic brought a wave of new activity to its platform, its revenues shot up 77% from the prior year.

In the first and second quarters of 2021, Fiverr reported revenue growth of 100% and 60%, respectively. Active buyers jumped by 56% and 43% during these two quarters, respectively, while spend per buyer soared 22% and 23%.  Management projects that the company can grow its full-year revenue by as much as 52% from 2020.

While Fiverr isn't yet profitable, this is to be expected with a newer, high-growth company that is working hard to expand in a competitive marketplace. The company spent $80 million on sales and marketing alone during the first half of 2021, a considerable chunk of change considering its revenue for the six-month period totaled $143.6 million.   So far, Fiverr is reaping the benefits of its vast sales and marketing efforts in the form of soaring revenue and users. It should also be noted that the company's adjusted EBITDA saw massive improvement in the most recent quarter, up about 140% year over year.

Fiverr's business is moving in the right direction, and it may not be long before investors take note and shares jump again, too. Now looks like a great time to take advantage of this discounted stock for the superior long-term growth potential it can lend to a balanced portfolio.

Rachel Warren has no position in any of the stocks mentioned. The Motley Fool owns shares of and recommends Fiverr International and Teladoc Health. The Motley Fool has a disclosure policy.