Cardano has truly gone from zero to hero. But will its fortunes reverse?

With a monstrous rally of 131% in the past month alone, Cardano's (ADA 1.30%) ADA tokens have now become the third-largest cryptocurrency in the world. But I would be very cautious before one leaps into the rally.

Early investors have gotten rich quick off Cardano. The same can't be said for those late to the party. Let's look at why it's long due for a pullback before it continues its momentum. 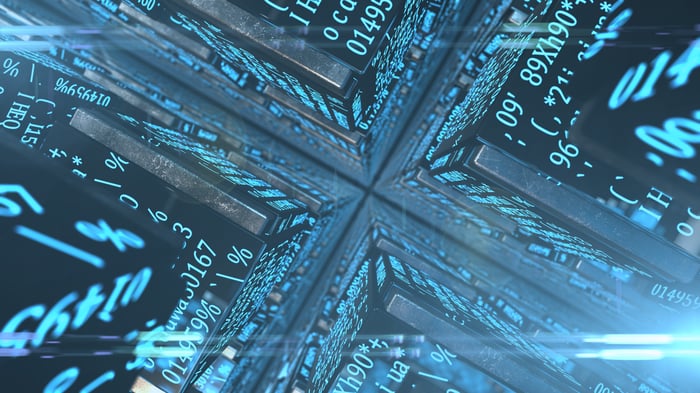 The Cardano network was created to rival that of Ethereum (ETH 0.95%). However, keep in mind that even though the token's fully diluted market cap has surpassed $124 billion, the foundation behind ADA has yet to secure meaningful partnerships. The Ethiopian government announced it would partner with the Cardano Foundation to develop a blockchain technology to track students' performance in local schools during the second quarter. That's about it in terms of major adoption. While it's true that the recent listing of ADA on Japanese exchanges spurred investor interest, it doesn't do much in terms of improving the token's utility.

Investors are probably betting on the widespread success of Cardano with its upcoming Alonzo hard fork. By next month, anyone will be able to develop and execute smart contracts on the Cardano blockchain or build decentralized applications (dapps).

Hard to keep up with innovation

But keep in mind that Cardano does not operate in a vacuum. New technologies are rapidly catching up to it. For example, in a rare show of solidarity, Bitcoin miners across the world agreed on the Taproot protocol upgrade, which will bring smart contract functionality to its network by November. This was the first upgrade to the network in four years.

More crucially, Cardano's ability to disrupt the Ethereum network remains to be seen. Out of more than 3,000 dapps out there, 2,832 are built on the Ethereum network at the time of this writing. They range from online gaming to social media platforms to decentralized exchanges and more. Ethereum dapps boast more than 100,000 daily active users and facilitate 4,860 smart contracts each day, amounting to $614.8 million in one recent 24 hour period alone. In addition, 15 other major dapp tokens, such as EOS and Neo, are competing for market share with Ethereum, so it's definitely not going to be a straight path to victory when ADA is thrown into the mix.

Ethereum is making a comeback

For quite a while, Cardano had fast transaction times (about 10 minutes) with low fees (less than $1) that made it seem like a solid solution to Ethereum's lagging network speed. Unfortunately, that's no longer the case. The latter now validates transactions within five minutes and charges about $5 per transaction. In addition, like Cardano, Ethereum also has the ability to create native tokens (custom assets) on its blockchain. Furthermore, its energy advantage is quickly diminishing, too. Cardano uses less than 0.01% of the energy used in Bitcoin mining. But Ethereum plans to switch to a proof-of-stake setup like Cardano's by the end of next year, which would then reduce its energy use by over 99%.

The investor herding mentality "buy the rumor, sell the news" is pretty rampant in the cryptocurrency realm. Back in May, Dogecoin witnessed a monstrous rally in anticipation of Tesla's CEO Elon Musk -- colloquially known as the Dogefather -- discussing Dogecoin during his appearance on Saturday Night Live. The coin subsequently lost 30% of its value in hours after investors were disappointed that Musk did not shill the coin hard enough during the show. I have a premonition that a similar event will happen with ADA tokens when Cardano's Alonzo fork goes live. Overall, it's best to wait until the value of projects on the Cardano network catch up to its market cap before opening a stake in the promising cryptocurrency. Now's probably a good time to take profits.