Even as some markets fell, these companies showed their potential.

Investors in the Nasdaq Composite (^IXIC -0.62%) aren't used to having to deal with declines. However, at least over the past couple of days, the Nasdaq has faced some challenges that make the index look much like the rest of the stock market. Uncertainties about macroeconomic factors, government policy, and public health are weighing on investor sentiment.

However, none of those negative factors held back a couple of stocks on Thursday morning. Both Lululemon Athletica (LULU -1.16%) and Rocket Lab (RKLB -0.71%) were sharply higher in pre-market trading. Below, we'll look more closely at what was behind the positive moves in these two Nasdaq stocks. 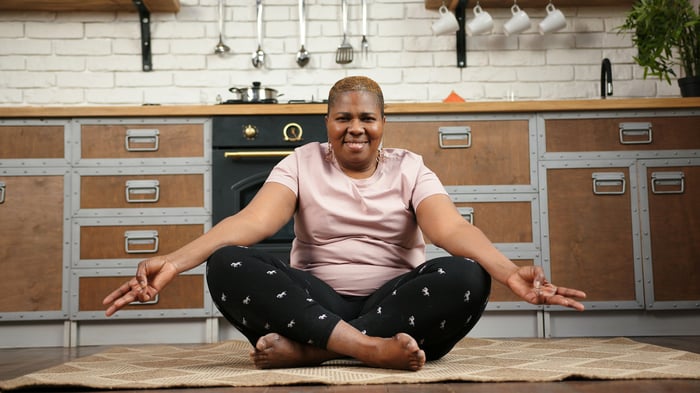 The numbers were truly staggering. Revenue was up 61% year over year to $1.5 billion, with sales at its company-operated stores soaring 142% from year-ago levels. Even coming off extremely difficult comparables because of the store closures that prompted so many Lululemon customers to go online, the retailer's direct-to-consumer net revenue was up 8% from the second quarter of 2020.

That strength showed up on Lululemon's bottom line as well. Operating income more than doubled from year-ago levels, as did net income, with adjusted earnings coming in at $1.65 per share. Even with a solid share price, Lululemon spent some money repurchasing stock, and it continued to open new locations.

Many of Lululemon's results are now substantially better than they were in 2019 before the pandemic. That speaks to Lululemon's resilience, and that's a trait many investors can appreciate in the years ahead.

Elsewhere, Rocket Lab added to Wednesday's 4% gain with another 7% rise early Thursday in pre-market trading. The company's first-half financial update was largely old news, but a new deal could give Rocket Lab a nice boost.

Rocket Lab took the opportunity on Wednesday to talk about the figures it had filed with the U.S. Securities and Exchange Commission at the end of August. The space company's revenue more than tripled year over year in its second quarter, and backlog levels more than doubled to $141 million. It highlighted its new embrace of space systems as a significant revenue generator, now making up 18% of total sales versus just 3% a year ago.

More importantly, though, Rocket Lab also said it had landed a deal with global Internet-of-Things provider Kineis to launch more than two dozen satellites over the course of five missions. That shows the confidence Rocket Lab is generating among potential customers, validating the strategic move the company made in embracing space in the first place.

Interest in space stocks is on the rise. That puts Rocket Labs in the right place at the right time, and investors hope that the company can continue to generate positive momentum as it moves forward with its broader strategic vision for the industry.