Winners keep on winning. These stocks prove the rule.

High-growth stocks have been in vogue lately, and their influence has definitely made an impact in sending the Nasdaq Composite (^IXIC 0.13%) to record highs in recent weeks. Even with the Nasdaq giving up a little ground this week, investors remain convinced that stocks with the best growth prospects are well-positioned to outperform their slower-growing counterparts.

A couple of big high-growth names were in the news Friday morning, and both are seeing their share prices move higher. Affirm Holdings (AFRM 3.52%) and Zscaler (ZS 8.28%) have both seen significant gains in recent months, but the latest news from the two companies has shareholders feeling more confident than ever about their prospects. You'll find the details below.

Shares of Affirm Holdings climbed 5% on Thursday, but they were poised to soar Friday morning, trading 23% higher as of 7 a.m. EDT. The "buy now, pay later" company reported solid financial results that have shareholders feeling good about what's coming down the road. 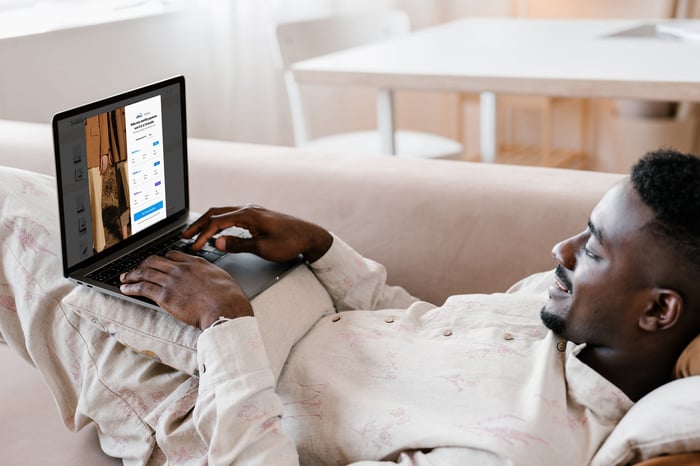 Affirm's fiscal fourth-quarter numbers were actually slightly weaker than most investors had expected, but they were still staggeringly good. Revenue was higher by 71% compared to the year-ago quarter, as gross merchandise volume more than doubled year over year. The company nearly doubled the number of consumers actively using its "buy now, pay later" service, and the number of active merchants was more than five times greater at the end of the quarter as it was 12 months earlier.

Moreover, Affirm expects the good times to keep on rolling. Its projections for the coming fiscal year include gross merchandise volume growth of at least 50%. Moreover, that guidance doesn't take into account any of the anticipated benefits from its new partnership with e-commerce giant Amazon.com.

Just about the only downside for Affirm is that its net loss widened from year-ago levels. Nevertheless, investors have high hopes for Affirm, especially given the fact that merger and acquisition activity elsewhere in the "buy now, pay later" space has paid big rewards to shareholders in similarly situated companies.

Elsewhere, Zscaler was higher by about 4% in premarket trading on Friday morning. The cybersecurity specialist saw its stock rise following its latest earnings release, and the stock could well pick up enough momentum to set new all-time highs with a little help.

Zscaler's fiscal fourth-quarter results included plenty of growth. Revenue was higher by 57% to $197 million, as calculated billings climbed at an even faster 70% pace year over year. Losses widened from year-ago levels to $0.14 per share on an adjusted basis, but free cash flow was up more than 150% from the same period last year.

In addition, Zscaler gave upbeat projections for the coming quarter and year. For the fiscal first quarter, Zscaler expects revenue will come in between $210 million and $212 million and believes it will see adjusted net income turn positive at $0.12 per share. For the full 2022 fiscal year, sales should climb all the way to around $940 million to $950 million, with calculated billings jumping as high as $1.25 billion. Adjusted net income of $0.52 to $0.56 per share would continue the trend toward sustained profitability for Zscaler.

With more companies using the full power of the cloud, it's not surprising that Zscaler's zero trust platform is gaining in popularity. With enterprise adoption likely to continue, the wind should remain at Zscaler's back for a long time to come.