There will be more theater-exclusive film releases in the coming months.

This past weekend was a good one for cinema operators, but not for the reasons one might expect. As a result, Cinemark Holdings (CNK 0.22%) was a popular stock Monday, rising to end the day 8.6% higher.

The weekend's box-office champion for the second time in a row was the latest effort from Walt Disney's (DIS -0.01%) Marvel Studios, Shang-Chi. The superhero action film took in nearly $36 million domestically over the weekend -- well outpacing the $5.8 million of the No. 2, Free Guy -- pushing it over the $100 million mark in only its second week of release. 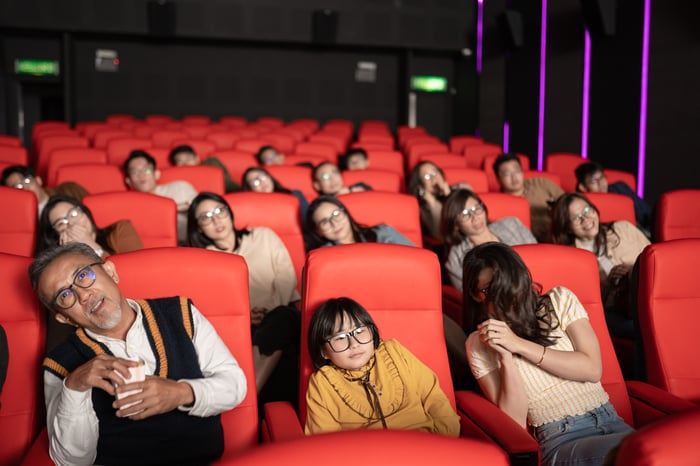 This is encouraging for movie theater operators like Cinemark because on Friday, Disney confirmed rumors that it will release all of its first-run films exclusively in theaters. Previously, it had been giving them a "hybrid" release, letting them debut simultaneously in cinemas and on its Disney+ video streaming service for a $30 charge.

High-profile Disney releases on its screens, combined with recent coronavirus vaccine mandates, should bring plenty of people back into Cinemark's theaters. Disney has been doing a good job giving moviegoers what they want; so far this year, four of the top 10 releases (including Shang-Chi) were distributed by the House of Mouse.

Another important Hollywood studio, AT&T's Warner Bros., is also slated to return to theater-exclusive releasing, adding momentum to the recovery of Cinemark and its peers. While the film exhibition industry is still far from out of the coronavirus woods, these recent developments are understandably bringing the bulls back into the sector.