The company lost a key patent infringement lawsuit but plans to appeal the court decision.

ChromaDex (CDXC) took investors on a really wild ride on Wednesday. Shares of the global bioscience company fell as much as 26% before reversing course to eke out a small gain. But that gain was only temporary, and ChromaDex shares closed the day 4.2% lower.

The initial decline stemmed from Tuesday's decision by the U.S. District Court of Delaware to grant a summary judgment to Elysium Health, invalidating two of ChromaDex's patents for vitamin B3 supplement Niagen. ChromaDex had accused Elysium of infringing on the two patents. The rebound in the healthcare stock, though, came after ChromaDex announced plans to appeal the federal court's decision. 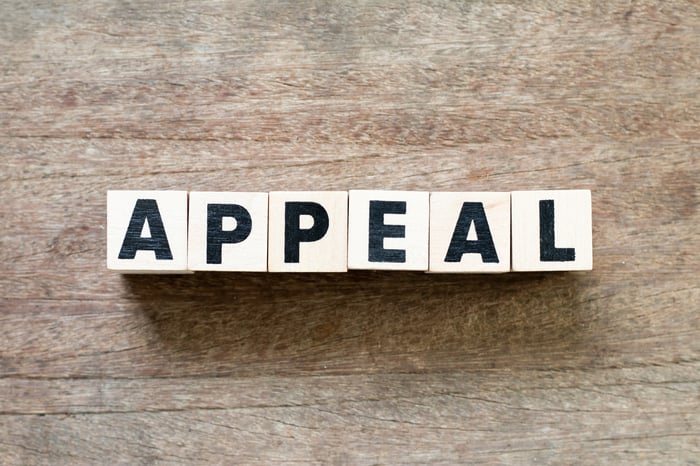 Investors were obviously glad that ChromaDex won't go down without a fight in its patent battle with Elysium. But there's no guarantee that the company's appeal will be successful.

ChromaDex has a lot riding on the patent rights. It reported net sales of $15.4 million for its flagship product Tru Niagen in the second quarter, 87% of total revenue. The company launched the product in 3,800 Walmart stores in June.

In addition, ChromaDex's pipeline centers on nicotinamide riboside, the chemical name for Niagen. The company has registered 49 clinical studies evaluating the drug.

While ChromaDex mounts its appeal of the Delaware court decision, the company also faces another legal battle against Elysium. A separate trial in the U.S. District Court for the Central District of California is scheduled to begin next week.