InnovAge Holdings (NASDAQ:INNV), a company that specializes in managed care of the elderly, saw its stock wither by 24.9% on Wednesday. This was a reaction to the lackluster quarterly results the company published earlier in the day.

For its Q4 of fiscal 2022, InnovAge managed to grow its revenue by nearly 13% on a year-over-year basis to $171.6 million. That was on the back of a 7% rise in the number of participants for the company's services, which totaled around 6,850 for the quarter. 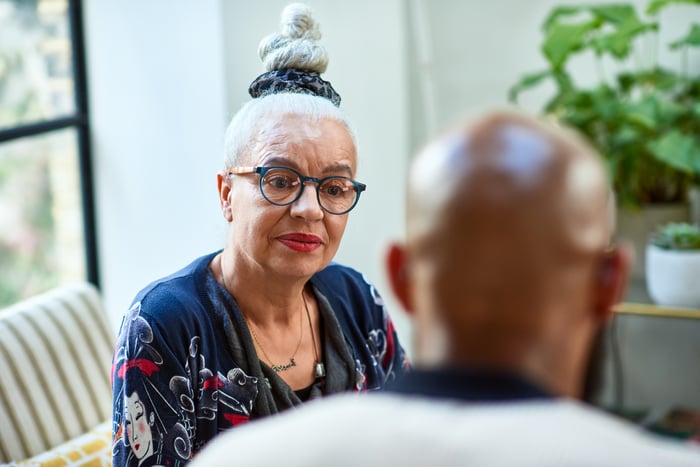 Going in quite the opposite direction, the company's GAAP net profit landed at slightly under $6.5 million ($0.05 per share), against the more than $12 million it earned in the same quarter of fiscal 2021.

On average, according to data compiled by Yahoo! Finance, the handful of analysts tracking InnovAge stock were expecting $161 million on the top line, but $0.06 per share for net profit.

InnovAge proffered very selected guidance for the entirety of fiscal 2022. It is forecasting revenue of $712 million to $715 million, and non-GAAP (adjusted) EBITDA of $60 million to $72 million.

As with the Q4 results, if realized the revenue projection would mean a substantial year-over-year increase of nearly 12% at the least. At the same time, though, that EBITDA estimate represents a significant drop-off of almost 30% at the low end of the range. Investors can shrug off profitability declines for a quarter or two, but it's often tough to accept a steep impending fall on an annual basis.

Ready to Buy the Dip? Consider This Gene Editing Stock
413%