Nike (NKE 1.29%) has long been the undisputed leader in the global athletic apparel market, but its recent quarterly results show a business battling shipping delays, labor shortages, and production shutdowns. Sales of $12.45 billion in the most recent quarter missed Wall Street expectations, and the stock price tanked roughly 6% following the news.

Then there's the fast-growing stock market favorite Lululemon Athletica (LULU 0.40%), whose top- and bottom-line beats and higher full-year guidance have pushed its stock 14% higher since reporting on Sept. 8. While dealing with the same issues as Nike, Lululemon has a distinct advantage that lets it handle the negative situation better.

If you're an investor in this space, you'll want to continue reading. 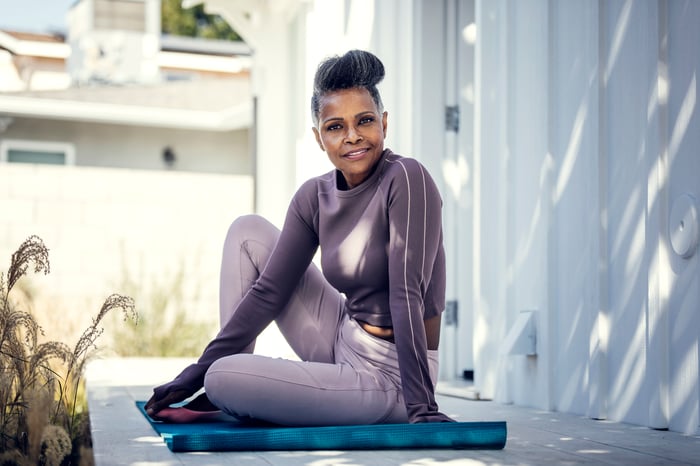 You've definitely heard this one before

Nike's first quarter of fiscal 2022 was a poor performance all around. Revenue in North America, the company's largest geographic segment, also disappointed Wall Street. And Greater China, which is usually its fastest-growing region, registered the slowest gains out of any of Nike's geographies.

To make matters worse, management lowered guidance for the full fiscal year. "We now expect fiscal '22 revenue to grow mid-single digits versus the prior year, versus our prior guidance of low double-digit growth," CFO Matt Friend mentioned during the Q1 earnings call.

Because 51% of Nike's footwear and 30% of its apparel is made in Vietnam, COVID-19-related shutdowns in the country are having an extremely adverse effect on the company. Management admits that 10 weeks of production has already been lost in the Southeast Asian nation, and it will take several months of phased reopenings to get things back up to speed. Moving finished goods from Asia to the U.S. is a different animal altogether, something Friend says now takes 80 days on average, double the time it took before the pandemic.

Shareholders will be happy to know that Nike is by no means dealing with a demand problem, as consumer interest in the brand remains as strong as ever. Inventory levels, however, are not expected to normalize until fiscal 2023, so how the company navigates the upcoming holiday shopping season will be important for shareholders to watch.

Having less inventory on hand has had one positive impact on Nike. Since the business didn't have to resort to as many price markdowns and other promotions, its gross margin for the quarter came in at 46.5%. But as you'll see, this doesn't hold a candle to Lululemon.

Not a concern for the athleisure pioneer

Lululemon is the darling on Wall Street, as its stock has soared nearly sevenfold over the past five years, crushing bigger rival Nike. Revenue for fiscal 2021 is forecast to be $6.23 billion (at the midpoint), compared to previous guidance of $5.87 billion (at the midpoint). Lululemon is now on track to achieve its 2023 revenue target an incredible two years ahead of schedule. For what it's worth, earnings expectations also received a boost.

Operating in the same industry, you'd think Lululemon would be in the same boat as Nike, and that is definitely the case. But the athleisure clothing maker's unwavering focus on going direct-to-consumer gives it a leg up on the competition.

Relying primarily on its own website and global footprint of 534 stores to distribute its insanely popular items, you rarely, if ever, see Lululemon products go on sale at huge discounts. And that's why the business produced a gross margin of 58.1% in the most recent quarter. CEO Calvin McDonald revealed why this profitability is so important, especially in a supply-constrained economy like the one we're currently in. "Our vertically integrated model and high margin structure allows us to use more airfreight while still delivering gross margin expansion."

There you have it. Lululemon's premium pricing allows it to more easily deal with the current situation, while still satisfying Wall Street's demands. And like Nike, it has no issues when it comes to consumer demand. Lululemon is strengthening its competitive position as its larger peer is struggling to keep up. And that's why I think it's the best apparel stock to own today.