Investors found the spaghetti and yogurt maker's stock worthy of a taste, but there may be some flies in the soup.

Offering its shares on the public stock market for the first time on Sept. 23, food company Sovos Brands (SOVO -0.07%) ended up pricing its initial public offering (IPO) lower than originally planned. But investors appeared to think the launch suited their taste and the stock price jumped soon after, ending its first day's trading up over 20%.

Despite the relatively optimistic first day of trading, there are at least three reasons you might want to be cautious about buying this food industry upstart's shares. 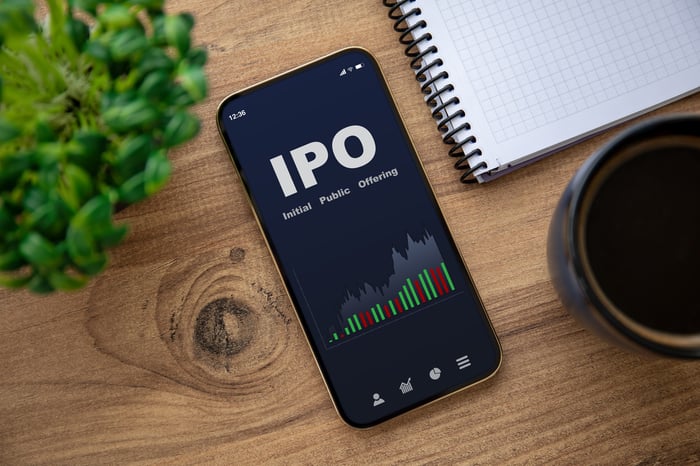 1. Lower price ends up minimizing the proceeds Sovos was hoping for

Sovos offers a menu of brands that includes Italian cuisine, yogurt, and "better-for-you" pancake and waffle mixes. It's been around since 2017 and was founded by a food industry veteran who wanted to target stand-out products that could compete with category leaders if given the right backing and opportunities. Sovos management filed the IPO with the Securities and Exchange Commission in late August and eventually pegged the expected share price range at $14 to $16. On the actual launch day, pre-IPO interest dropped the actual IPO to just $12 per share. The stock opened at $14.75 per share and traders bid it up to almost $15 in the first hour, a price that actually fell about midway in the early price range.

With the gains winding up in the pockets of traders, Sovos ended up with an initial valuation of $1.17 billion. Had it sold the 23.3 million shares of common stock at the high end of the original range, it might have attained a $1.6 billion valuation instead. In terms of gross proceeds it could use to fund future efforts, the IPO gave the company $280 million, rather than roughly $325 million to $373 million.

2. Sovos is going public with a major chunk of debt

Sovos has a specific use in mind for the cash. The company says it intends "to use the net proceeds from this offering to repay borrowings outstanding under our Credit Facilities and for general corporate purposes." While Sovos provides no breakdown of how the proceeds will be divided between these uses, listing repayment of debt first suggests more cash will be allocated to this than "general corporate purposes."

Sovos' long-term debt increased 182% year over year from $276.5 million to $780 million halfway through 2021. Between the end of December 2020 and the end of June 2021, long-term debt surged roughly 125%. Sovos additionally says in its prospectus it borrowed $905 million in June from Credit Suisse and Owl Rock Capital Corp. It used $373.2 million to repay existing loans, but also "made a restricted payment for the purpose of paying a dividend in the amount of $400 million to the direct or indirect equity holders" of Sovos Brands Limited Partnership, the separate partnership which owns the Sovos Brands food company.

Sovos, in short, is not mainly using its IPO proceeds to fund business expansion. Instead, shortly before going public, it borrowed almost $1 billion and immediately paid nearly half that money to its owners as a "dividend." Then it launched its IPO and earmarked an unknown portion of the proceeds to pay down the debt incurred in paying this dividend.

Even though it's using some of the proceeds to reduce debt, Sovos has a lot of leverage on its balance sheet. Campbell Soup, another food products brand manager that has seen its COVID-19 performance declining and a return to sluggish growth as the economy reopens, has a debt-to-equity ratio of 160. Other processed food companies include Post Holdings with a 242 ratio, The J.M. Smucker Co. with debt to equity of 58, and Hostess Brands with an approximate ratio of 67. Sovos tops all of these companies with a whopping total debt-to-equity ratio of 371, making it one of the most indebted in the sector. 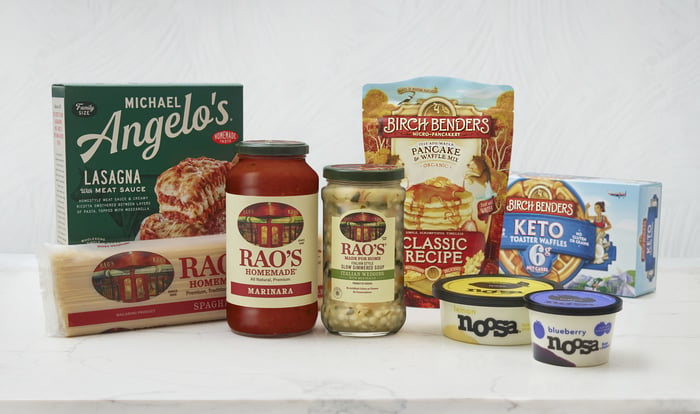 3. Sovos' performance is a bright spot, but it has caveats

Sovos' financial performance includes an impressive-looking 34% increase in revenue year over year for the first six months of 2021, up to $351.2 million. However, cost of sales increased 37% over the same period. Its earnings before interest, taxes, depreciation, and amortization, or EBITDA, margin declined from 15.7% to 13.1%. Its net income rose 14% from $9.1 million to $10.4 million, while adjusted earnings per share increased from $0.12 to $0.13.

The company is growing and making sales, but its declining margins, rapidly increasing expenses, and low EPS growth counterbalance these positives to some extent. It also recently acquired one of its four brands, Birch Benders, which may be affecting its apparent performance. Birch Benders, which Sovos bought in October 2020, generated $32.5 million in revenue during 2021's first 26 weeks.

Removing the effects of Birch Benders from the equation reduces revenue growth to 24% -- still substantial, but also indicating net income and EPS might have been lower, too, possibly even declining year over year without Birch Benders' contribution.

Sovos has pluses, but investors should be careful

While the stock market apparently found Sovos' IPO toothsome, at least initially, there seem ample reasons to be cautious about the company. Its growth is positive, but many other companies have higher margins, turning revenue into earnings more efficiently. Its IPO proceeds, rather than being funneled to kick-starting continued growth or expansion, are paying down large debts taken on voluntarily right before going public in order to pay a $400 million dividend to Sovos' owners (along with paying down earlier debt).

While its products sell and appear to be good quality food, it seemingly has little to set it apart from other food stocks. With its average product lineup and high debt, Sovos may not be among the most appetizing dishes on the IPO table right now, and investors should be cautious.