President Biden's ambitious infrastructure package is losing momentum in the House, and investors are not happy.

It's the first trading session of October, and the stock market is not starting the month on an auspicious note, with the Dow Jones Industrial Average and S&P 500 both down more than 1% as of 1:30 p.m. EDT. But it's growth stocks with sensitivity to the infrastructure bill that are especially feeling the brunt of the dour market sentiment. 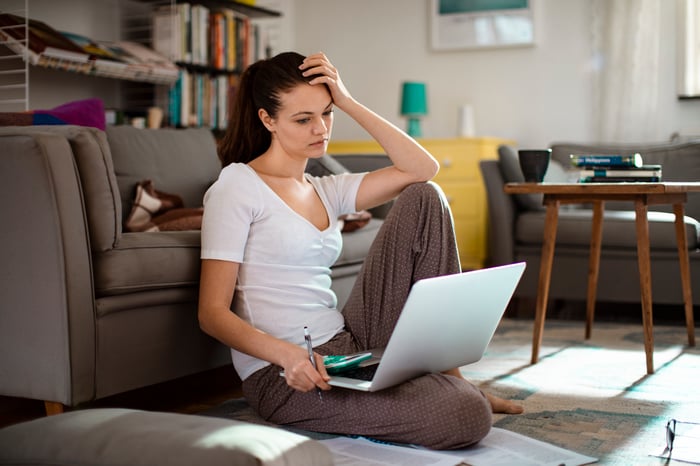 While the $1.5 trillion infrastructure bill has passed the Senate, the legislation has been in limbo in the House of Representatives, and some pundits are questioning if it will reach President Biden's desk at all. Late in the summer, House Speaker Nancy Pelosi had waxed optimistic that the legislation would be passed by the end of September, but passage of the legislation is still in doubt due to political wrangling among Democrats.

Investors in renewable energy stocks have closely followed the drama since the passage of the infrastructure bill would likely be a major boon to companies in that space.

For example, the bill provides $25 billion in funding for modernizing airports, including reducing emissions at airports and supporting low-carbon technologies. Thus, the legislation's troubles are surely on the minds of shareholders in Aemetis -- a provider of renewable fuels for airlines. Several days ago, the company inked a major deal with Delta Air Lines that sent its stock price soaring. On Monday, however, the stock was suffering from some heavy turbulence.

Hyzon Motors, a designer of fuel-cell-powered heavy-duty vehicles, is another company coming under scrutiny from investors. Included in the infrastructure package are $39 billion in funds for public transit. Besides an interest in manufacturing fuel cell-powered trucks, Hyzon is exploring the manufacturing of fuel-cell-powered buses, which has led investors to surmise that passage of the infrastructure bill -- with its funding for zero-emissions public transit vehicles -- could assist in the company's growth. For Hyzon's investors, the frustration over the House's failure to move the infrastructure bill forward is surely exacerbating concerns that they recently expressed in response to a critical report that was released about the company last week.

Yet another hydrogen-focused company sitting in the bears' crosshairs is Plug Power. The company's management has articulated a keen interest in becoming a leading hydrogen producer, expanding its reach beyond its older business of manufacturing and servicing fuel cells for forklifts and other materials-handling equipment. Plug Power recently announced a plan to develop a large green hydrogen production facility in California, adding to the other plants it's developing in New York, Tennessee, and Georgia. It aims to achieve daily production of 1,000 tons of hydrogen by 2028, and that growth strategy could be greatly bolstered by the infrastructure bill, which aims to spur greater adoption of zero-emission vehicles. Investors, however, are clearly concerned that if the bill doesn't pass, it could be devastating for the company.

While some renewable energy companies have proven their ability to generate profits from their endeavors, plenty of others -- Aemetis, Hyzon Motors, and Plug Power among them -- are still generating net losses. It's unsurprising, therefore, that these clean energy growth companies are all lagging Monday while the passage of the infrastructure legislation remains in doubt. Of course, these companies could all prosper even without the federal help it would provide, but their risks would certainly be higher.