Shares of the genetic diagnostics company are down nearly 50% from their 52-week high in February.

Today's common investors follow stock price trends believing a huge decline signals warranted concern and that a sharp increase screams stability. Those could be true, but in cases when the changes aren't a result of the company's fundamentals this notion could be completely inaccurate. Smart investors know that a decline of a fundamentally sound company could be the time to capitalize on the market's blunder. So, has this recent underperformance from Veracyte made the stock more attractive? Or should growth investors steer clear of it? 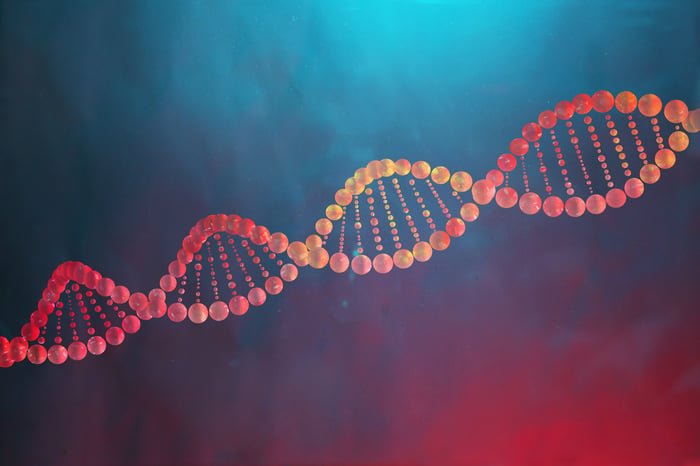 One of the most important metrics for growth investors is revenue growth, which is something that Veracyte has delivered plenty of for years now.

Since the company's initial public offering in October 2013, annual revenue has increased fivefold to $117.5 million in 2020 -- a compound annual growth rate of 27% over the last seven years.

Veracyte's innovation over the years is what has led to such robust growth. It has allowed the company to branch out from initially diagnosing thyroid cancer using its Afirma genomic sequencing classifier (GSC) to the following products:

Veracyte believes that its products have a global market of more than $40 billion annually.

The company predicts that its first-of-its-kind genomic test known as the Percepta Nasal Swab, used for early detection of lung cancer, should be available throughout global markets by 2023 after encouraging clinical results. According to Acumen Research and Consulting, the global lung cancer market is expected to reach nearly $45 billion for treatment. Since lung cancer is responsible for 1.8 million deaths across the world each year and is a tremendous burden on the global healthcare system, this product launch could be a meaningful revenue driver in the near future for Veracyte.

After pent-up demand for diagnostic testing due to the deferral of tests last year, analysts expect Veracyte will grow its revenue 73.4% to $203.8 million this year. Analysts expect revenue will grow 29% from this year to $263 million next year, which is about in line with its growth rate in its first seven full years as a publicly traded company.

Another key strength of Veracyte that will allow it to continue its track record of solid growth is its stockpile of cash.

As of June 30, Veracyte had $327.5 million in cash, or approximately 10% of its current $3 billion market capitalization. And since it only had $917,000 in long-term debt, this massive cash position is almost entirely available to invest into bringing its Percepta Nasal Swab to market and for more acquisitions. With such an attractive cash position and low debt, the equity comes in at nearly $1 billion giving investors more to smile about.

Even accounting for its acquisition of HalioDx that closed in August, for which it paid 147 million euros ($171 million) in cash and 113 million euros in stock, Veracyte should still have around $150 million in cash at its disposal. As acquisitions and internal developments have been central to the strong revenue growth, the healthy cash and overall asset position look charged to keep the growth coming.

Veracyte is steadily reinvesting in its business and not yet earning consistent profits. That's why instead of using the price-to-earnings-growth ratio (only useful for consistently profitable companies), I'll be examining its price-to-sales (P/S) ratio and comparing it to the realistic sales growth that it can generate.

With the company's $3 billion market cap and $204 million in revenue expected for this year, the stock is trading at a P/S ratio of just under 16.

I would argue that the primary reason for the collapse in its share price since February was that the stock was overvalued at $86 a share. After all, this implied a P/S ratio of approximately 30, moderately higher than its annual revenue growth potential.

Based on Veracyte's ability to realistically generate 25% annual revenue growth in the next five years, I believe it remains an attractive pick for growth investors below 25 times sales, or $70 a share. Investing at the current price is likely to make your portfolio strong in the long run.

Is This Under-the-Radar Growth Stock a Buy?

After Naming a New CFO, Is This Genetic Diagnostics Company a Buy?
371%