Here's all you need to know about the electric vehicle maker's much-awaited response to a short-seller.

Shares of Hyzon Motors (HYZN 1.23%) broke their losing streak and surged on Tuesday after the company responded to a short-seller report. As of 12:50 p.m. EDT today, shares of the fuel-cell commercial vehicle manufacturer were trading up 5% after soaring 16.2% earlier in the day.

The electric vehicle stock plunged after Blue Orca Capital released a scathing short-seller report on the company on Sept. 28 and said it was short Hyzon stock. Short-selling a stock is a strategy to profit from a decline in its price.

This morning, Hyzon called the report "inaccurate and misleading" and alleged it was released by Blue Orca solely to generate profits on its short position on the stock. The company also said it stood by its public disclosures and that it has nearly $500 million in cash and cash equivalents to pursue its growth strategy.

Hyzon also tried to clarify its stand on some of Blue Orca's most pressing allegations. 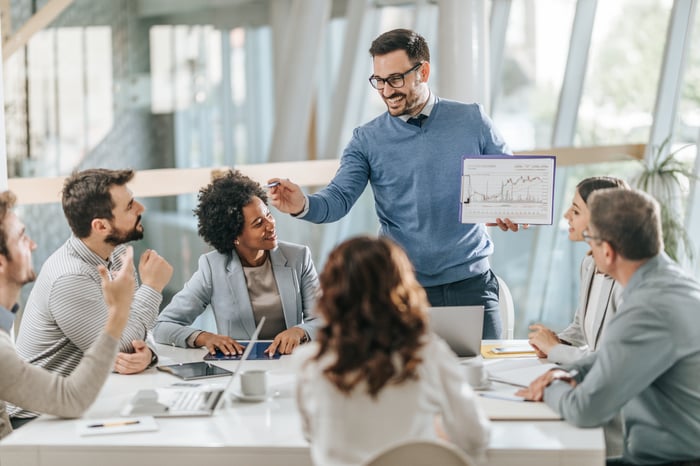 For example, Blue Orca called Hyzon's largest Chinese customer, with a 500-truck order, a shell company because it was formed barely days before the deal was announced.

But the company said today Shanghai Hydrogen HongYun Automotive was set up as a special purpose entity in August only after the Shanghai government announced it'll be among the first movers in China's pilot hydrogen fuel-cell program. Hyzon also reiterated it had only signed a memorandum of understanding with HongYun Automotive as announced earlier and was still in the process to secure firm orders for 100 trucks in 2021 and 400 trucks in 2022.

Likewise, Blue Orca alleged that New Zealand-based Hiringa Energy, which Hyzon said will take deliveries of 1,500 trucks by 2026, was in reality a tiny marketing start-up without the financial capability to take such deliveries.

In response, Hyzon maintained it had never suggested Hiringa would be the end-user of its hydrogen trucks, and that the two companies had only partnered to accelerate decarbonization in New Zealand by building hydrogen infrastructure and supplying fuel-cell commercial vehicles. Hyzon also said it had secured orders for 20 trucks under the partnership, to be delivered to TR Group, a truck leasing and rental company, in 2022.

On yet another point, Blue Orca claimed Hyzon had overstated revenue projections given how its recent investor presentations did not contain the names of several global companies like Coca-Cola that it said were customers in its investor presentation dated February 2021. Hyzon went public in July after a merger with a special purpose acquisition company.

Hyzon clarified it had only "anonymized" some customer names in its July presentation, and that it was still in discussion with most big names for orders.

Hydrogen fuel cells are a promising technology that's gaining attention in the rapidly growing electric vehicle market. Hyzon's much-awaited response has unsurprisingly provided a breather to its stock, and investors should look out for further updates from the company during its next quarterly earnings release.