Please ensure Javascript is enabled for purposes of website accessibility
Log In Help Join The Motley Fool
Free Article Join Over 1 Million Premium Members And Get More In-Depth Stock Guidance and Research
By Royston Yang – Updated Oct 6, 2021 at 8:56AM

The e-commerce company recently listed a special purpose acquisition company that is on the lookout for promising acquisition targets.

Shares of MercadoLibre (MELI -3.48%) dropped 10.1% in September, according to data provided by S&P Global Market Intelligence.

The Latin American e-commerce and online payments company's shares are up just 2.4% year to date after nearly touching the $2,000 mark in January. 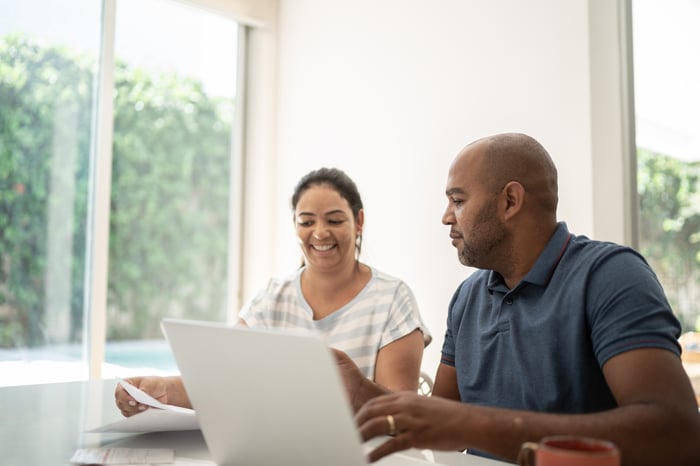 The decline is probably not attributable to the company's financial performance. After all, the company had just reported a sterling set of earnings for its fiscal 2021 second quarter. As a recap, net revenue surged by close to 94% year over year to hit $1.7 billion, while net income increased by 22% year over year to $68.2 million.

MercadoLibre's key performance metrics also continue to demonstrate strong growth. Unique active users on its platform jumped from 51.5 million to 75.9 million during the quarter, gross merchandise volume increased by 39.2% year over year to $7 billion, and total payment volume surged by 56.3% year over year to $17.5 billion.

However, the U.S. Federal Reserve had announced two weeks ago that it may soon taper its asset purchasing program that has been in place for well over a year. Because of this, 10-year treasury yields increased to around 1.45% and just this week edged past 1.53%. This increase in bond yields may be causing concern among investors as MercadoLibre's balance sheet holds a hefty amount of debt.

As of June 30, the company had around $579.8 million of short-term loans and $1.79 billion of long-term debt. Should yields increase further, it could increase MercadoLibre's borrowing costs and bump up its financing expenses, resulting in a higher cash outlay to service its loans.

MercadoLibre is pushing on with its recent special purpose acquisition company listing with venture capital firm Kaszek. The SPAC has narrowed down its list of acquisition targets to 30 companies after considering more than 200 businesses. Pedro Arnt, MercadoLibre's CFO and the co-CEO of the SPAC, believes that this will be the first of many SPACs that will offer digital companies an alternative way to raise capital through public markets.

The company's digital wallet, Mercado Pago, also recently introduced a referral reward to entice new customers onto its platform. The "invite and earn" program will reward new users with a credit that cannot be withdrawn, but can be used to offset bill payments, recharge cellphones, or as payment through Mercado Pago stores.