Only if you like the idea of consistent and robust revenue growth for years on end.

You get health insurance for yourself, so why not get it for your dog, too? Trupanion (TRUP 3.42%) offers pet owners insurance plans that give them peace of mind, and that's something for prospective shareholders to wag their tails about.

It's no surprise that people are interested in buying this stock, which is up by more than 430% in the last five years. Between its consistent revenue growth and the largely untapped pet insurance market, Trupanion investors might be getting richer for quite some time. Will its fortunes continue to grow for people who buy it now, or is the cat out of the bag? 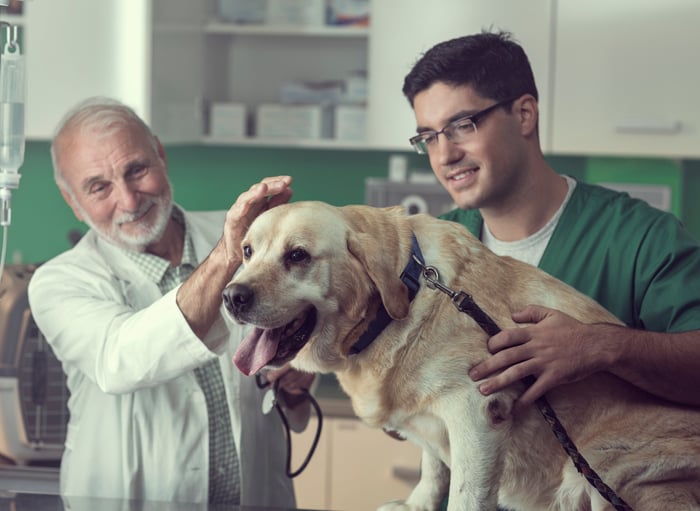 Pet insurance is more lucrative than it sounds

In a nutshell, Trupanion takes monthly payments from its subscribers, then uses around 70% of the income to pay the costs for insured pets that need medical care. From its current group of more than a million subscribers, Trupanion makes an average of $62.45 per pet per month. In the second quarter of this year, the company reported that its total base of enrolled pets grew by 38% year over year. It's managed to retain an average of 98.72% of those subscribers each month, meaning that customers are broadly pleased with its service. Overall, Trupanion looks very much like a thriving company.

And its past performance has been consistently strong, too. As of Q2 in 2021, its quarterly revenue has grown sequentially by at least 20% for a stunning 55 quarters in a row.

The company will aim to keep penetrating the North American market, where fewer than 2% of pets are covered by insurance. Given that it has no debt and $219.4 million in cash to cover the cost of operations, there aren't any obvious impediments in its way.

Trupanion isn't consistently profitable yet, but its profit margin is in the red by only 4.65%, and it's had six profitable quarters in the last five years. That means the company may be within spitting distance of regularly turning a profit.

Still, the company's expenditures have been trending in the wrong direction over the last three years. As a percentage of its quarterly revenue, total quarterly operating expenses have grown by 21.48%. On the other hand, its quarterly revenue expanded by 103.6% in the same period, so rising operating costs are forgivable. And per management's estimates, only minor reductions in its costs and variable expenses are needed to get to its target internal rate of return. 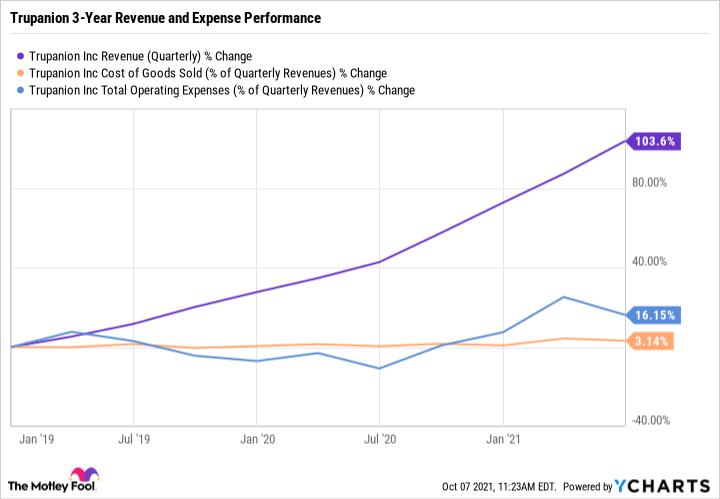 The other thing to be aware of is that Trupanion has been underperforming recently. The company hasn't lived up to a single quarterly consensus earnings estimate from financial analysts since Q3 in 2020. As a result, its stock price has fallen by nearly 32% this year so far. Nonetheless, neither the missed earnings targets nor the fall in its stock has anything to do with its ability to effectively compete in its market. Therefore, while the recent performance might warrant a touch of caution, it shouldn't be a deal breaker.

Based on its largely untapped market and its remarkably consistent revenue growth over the last few years, I think that Trupanion will be an excellent stock to own over the next decade. This company doesn't need to do much differently to expand at a solid pace for years to come, and there's so much room in the pet insurance market that it's hard to imagine a competitor being a problem anytime soon.

While it's true that its lack of consistent earnings growth is a barrier to the stock's price skyrocketing, don't lose faith. Management's perspective is that it's more important to increase the intrinsic value and cash flow of the business than its profitability. This strategy appears to be working quite well over time, regardless of what financial analysts are predicting for quarterly earnings.