The Curve platform has a lot of potential, but its tokens are a hard pass.

Curve is a platform that enables efficient stablecoin trading with a total value locked (TVL) of $15.76 billion. That makes it the biggest decentralized finance protocol globally, with a market share of 7.56%. What's more, Curve Tokens (CRV 0.88%), which are built on the Ethereum blockchain, have returned a stunning 418% over the past year.

But despite its popularity, CRV's market cap-to-TVL ratio stands at a meager 0.07, which is pretty cheap considering most decentralized exchange (DEX) tokens are at 0.50 or over 1.00 in terms of the ratio. So what makes CRV so undervalued? 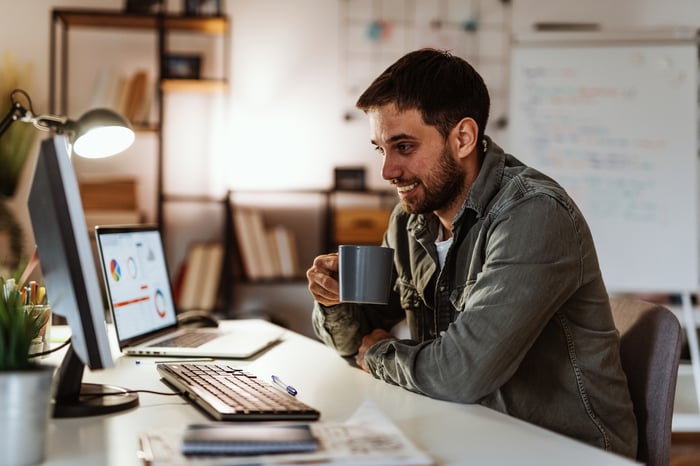 A unique but slow-paced platform

To put it simply, DEX tokens are partly valued for their ability to generate high yields by providing trading liquidity. For example, users who deposit cryptos on PancakeSwap, a popular DEX, can earn upwards of triple-digit percentage returns. This is because the spread between the buying (bid) price and asking (ask) price for obscurely traded cryptos can be quite high -- say, higher than 12%. Hence, users can earn hefty profits by repeatedly making a market to facilitate trades across illiquid cryptos.

Until recently, one could not say the same for CRV. The platform is about trading stablecoins like Tether, which has an exchange rate of 1:1 with the U.S. dollar. There isn't a lot of volatility with the setup, so bid-ask spreads are small to non-existent.

However, the trading volume of stablecoins has increased tremendously due to the greater adoption of cryptocurrencies. Curve charges a 0.04% trading fee, of which half goes to liquidity providers. So if an investor traded $1 billion of stablecoins on the platform, $200,000 in fees are shared among CRV stakeholders based on their fraction of ownership.

You get the idea; It's not much. Aside from this, Curve also "lends" out its pool to other platforms via an algorithm created by a third-party to facilitate trades in exchange for fixed income. Even then, CRV investors have only been able to earn about 8.70% per year in yields.

So is the token a buy?

To be fair, yields on Curve only amounted to about 0.20% last March, so the rate here is a pretty significant improvement. However, it's just not as exciting as buying DEX tokens and providing liquidity on platforms like PancakeSwap, Uniswap, Sushiswap, etc. More critically, only 13% of all CRV have been minted. So the real rate of return is even lower once we factor in the token's emission rate (inflation rate). It's one of those rare tokens that's dropped in value from its initial coin offering -- down nearly 80% from last August.

As a result, it's best to stay away from CRV tokens for now and check out alternatives. But on a side note, it's worth considering the main activity on Curve -- stablecoin trading. As these are not cryptocurrencies created by a central bank, a mixture of rumors, fake news, insufficient reserves, unprecedented demand/sell-offs could cause their exchange rates to fluctuate temporarily. So consider moving cryptos onto the Curve platform to buy-the-dip/sell-the-rally when they do.

Why Curve DAO, Maker, and Aave Took Off Today