Investors seem to be focusing more on a negative story than they are on Novavax's good news.

Shares of Novavax (NVAX -4.13%) were slipping 2.8% lower at 11 a.m. EDT on Friday. The company announced earlier in the day that it has filed for provisional approval of its COVID-19 vaccine NVX-CoV2373 in Australia.

Why would the vaccine stock fall on what should be viewed as good news? It wasn't the only news of the day.

Politico published an article Friday morning that was highly critical of Novavax's efforts to develop NVX-CoV2373. The article stated that Novavax's "manufacturing problems have left global distributors without enough shots for poor and middle-income countries." 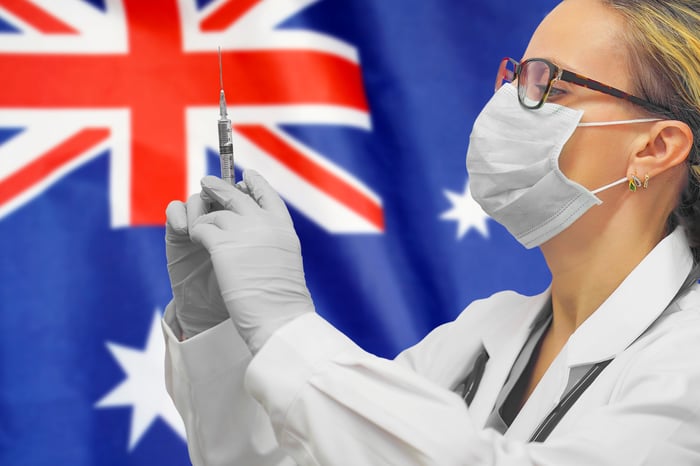 Investors appear to be giving more weight to Politico's story than to Novavax's regulatory submission in Australia. That could prove to be shortsighted.

Politico had already covered many of the details of Novavax's manufacturing in another piece published last week. But Novavax CEO Stanley Erck made a good point in an interview with Yahoo! News on Wednesday. Erck stated, "You don't file for emergency use approval if you haven't solved all of your manufacturing issues."

That interview came on the heels of Novavax filing for authorization of its COVID-19 vaccine in the United Kingdom. Just as the company had promised, it quickly followed up with the submission in Australia. Erck was and is right: Novavax would be making a colossal blunder if it had not already solved its manufacturing problems prior to these filings.

Novavax now plans to complete its regulatory filings for NVX-CoV2373 in several other key markets, including Europe, Canada, and New Zealand. It also anticipates submitting its full package to the U.S. Food and Drug Administration by the end of 2021.