The home products retailer just announced a shift in its business model that includes a key tie-up with a national supermarket chain.

The struggling home goods retailer announced a further push into e-commerce and a strategic partnership with Kroger (KR -1.22%).

In a press release that dropped after the market close on Tuesday, Bed Bath & Beyond said it was making several "bold moves to redefine its business model." A pivotal part of those plans is a collaboration with Kroger, the country's largest supermarket chain.

Under the collaboration, Bed Bath & Beyond will offer an "extensive selection" of its most popular home and baby products to Kroger customers via Kroger.com, and eventually at a number of its grocery stores. The retailer will begin a small-scale store-within-a-store pilot project sometime next year. 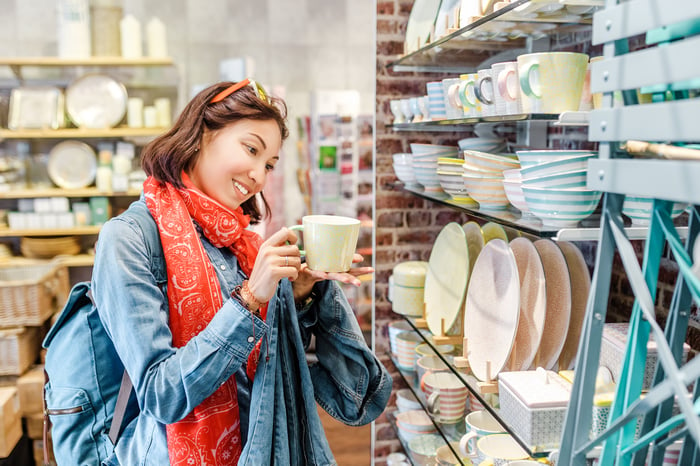 This is part of an overall strategic reorganization to reinvigorate Bed Bath & Beyond's struggling business. The retailer also plans to expand the assortment of items on its own e-commerce site to include "key products from a highly curated selection of third-party brand partners."

It wasn't just investor excitement that contributed to Bed Bath & Beyond's share price surge. It has been a battleground stock, with more than 26 million shares sold short (as of Oct. 15), representing nearly 59% of the float.

When news of the tie-up sent shares soaring, short-sellers scrambled to cover their positions, creating a short squeeze that propelled the stock price even higher.

It's important to remember that Bed Bath & Beyond is in the midst of a multiyear turnaround effort, as its stores have fallen out of favor with some consumers and large swathes of the public are doing more of their shopping via e-commerce. Whether the company will ultimately be successful with this recovery attempt remains to be seen. While it's good to see moves like these from Bed Bath & Beyond, investors should still tread carefully.