Shares of the vaccine maker are down sharply despite a positive earnings report.

Shares of the vaccine specialist Dynavax (DVAX 0.18%) were sliding this morning after the company reported third-quarter earnings. Despite a positive report, the stock is down 14.4% as of 11:49 a.m. EDT on Friday.

After the market closed on Thursday, Dynavax stock actually rose after hours on the strength of a terrific third-quarter earnings report. 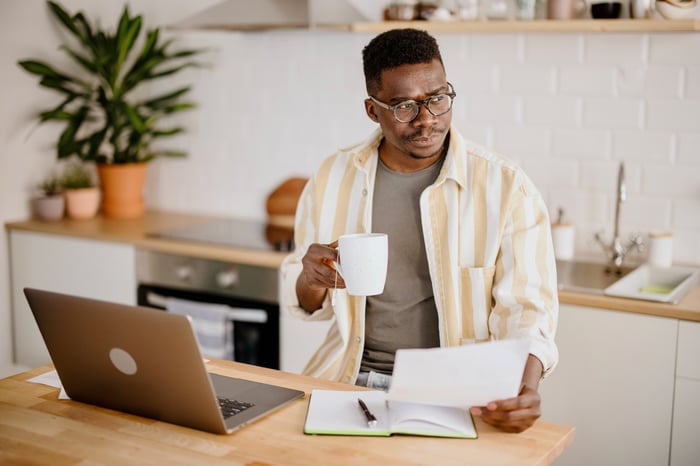 Unfortunately, the secular trend toward lower vaccine demand is getting harder to ignore. Yesterday, Moderna's (MRNA -1.00%) stock tanked after the company had to lower its revenue outlook in the face of softer vaccine demand.

Unlike Moderna, Dynavax reached expectations with third-quarter revenue that came in at $108.3 million. That was more than twice as much revenue as Dynavax reported in the previous quarter.

Revenue from the CpG 1018 adjuvant, which has become a component of multiple COVID-19 vaccines, jumped up to $84.3 million. Adjuvant sales are strong enough that the company told investors to expect between $375 million and $425 million for the full year.

Sales of the hepatitis B vaccine Dynavax launched in 2018, Heplisav-B, were a disappointment for years, but it's finally taking flight. Third-quarter Heplisav-B sales rose sharply from $11.6 million in the second quarter to $22.7 million in the third quarter.

While COVID vaccine sales are hard to predict, sales of the company's hepatitis B vaccine will most likely continue to grow steadily. It's still the only Food and Drug Administration approved hepatitis B vaccine that requires just two injections over the course of a month. The competition generally requires three shots over more than six months.

Dynavax's CpG adjuvant is a component used in multiple vaccines. Not every collaboration deal is going to come up aces for Dynavax, but there's probably enough to meet this year's sales expectations. The company's partner, Clover Biopharmaceuticals, plans to supply the international COVAX Facility with up to 414 million doses.

Why Dynavax Crushed the Market on Thursday
401%