Should you follow the internet's favorite stock picker into this tumbling diagnostics stock?

The founder and CEO of ARK Invest, Cathie Wood, isn't known for turning tail and running from her favorite stocks every time they take a tumble. In fact, she has a tendency to average down on positions when they fall.

In late October, CareDx (CDNA 1.85%) stock tanked after the company disclosed two federal investigations to investors. The company didn't share many details, so an uncertain stock market assumed the worst. Immediately after the stock tanked, Wood swooped in to take advantage of new bargain pricing.

Should investors follow Wood into this diagnostics stock? Here's what you should know first. 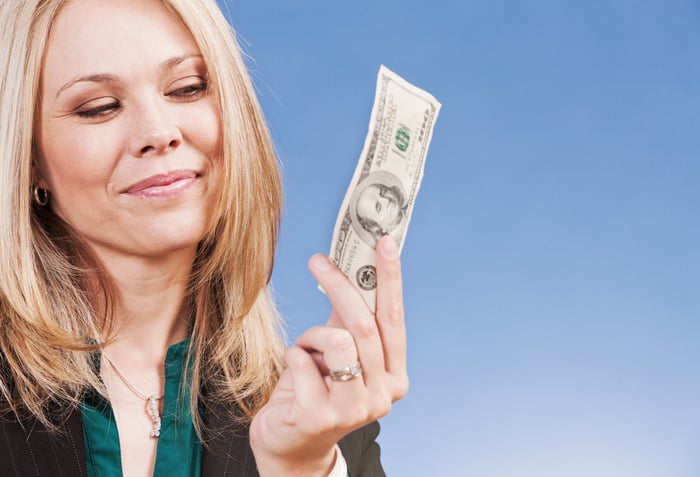 CareDx stock fell hard on Friday, Oct. 29, 2021, after the company reported third-quarter earnings. While it was a positive earnings call, there was a disturbing disclosure buried in the quarterly report the company filed with the Securities and Exchange Commission (SEC).

While there's a chance the investigation will result in drastically restated results from previous quarters, it doesn't seem likely. This is most likely an extension of ongoing legal battles between CareDx and another diagnostics company called Natera (NTRA 4.89%).

CareDx markets diagnostic services for organ transplant recipients. The company relies on patented technology licensed from Stanford University to screen blood samples for cell-free DNA fragments that tell physicians when a transplanted organ is under attack.

Natera and CareDx have been accusing each other of patent infringement since 2019. The recently disclosed information requests are most likely associated with this long-running drama. This isn't a reason to assume the positive financial results CareDx recently presented aren't accurate.

Donor diagnostics is a booming business

CareDx thinks diagnostics for monitoring organ transplants represent a $12 billion per year opportunity. Sales are growing fast, but there's clearly a lot of room for this business to grow. During the three months ending in September, CareDx reported total revenue that soared 42% year over year to an annualized $302 million.

CareDx isn't highly profitable, but the fast-growing company is already able to make ends meet. Non-GAAP earnings reached $4.0 million in the third quarter, and the company is executing on growth strategies well enough to expect a great deal more down the road. Running studies to produce clinical data that outlines the value proposition the company's diagnostic services provide isn't cheap, but it's working.

Successful new diagnostics usually become commodities very quickly, but CareDx has a plan to stay several steps ahead of the competition. In a nutshell, the company's leveraging an already large footprint to produce the sort of clinical trial data that gets attention from physicians.

At the end of September, more than 70 kidney transplant centers in the U.S. had adopted regular testing with CareDx. The company is using the data gleaned from all these real-world interactions to make its product even more competitive, and the practice is working.

Potential competitors with a smaller footprint have to use clinical data from a very limited number of transplant maintenance centers to generate evidence of a cost-benefit. That's a big deal in the eyes of physicians considering a transplant monitoring service. Over 130 heart centers and practices were using CareDx's heart monitoring service at the end of September.

CareDx is launching a lung monitoring diagnostic at the moment called AlloSure Lung. An upcoming readout from a multicenter trial with lung transplant patients could give the company a leg up in this important category too.

With a strong competitive advantage that will become even stronger over time, this stock looks like a screaming buy at its recently discounted price.