The company broadly meets expectations for its Q2 2022 but trims its full-year guidance.

Haemonetics (HAE -3.09%) had a day to forget on Tuesday. Following the release of its latest quarterly earnings, the blood and plasma collection specialist's stock fell by over 15%.

Haemonetics booked revenue of $240 million for its second quarter of fiscal 2022, which was 15% higher on a year-over-year basis. Going in the opposite direction, but not alarmingly so, was non-GAAP (adjusted) net income. This dipped by 3% compared to the year-ago period to land at $30.7 million, or $0.60 per share. 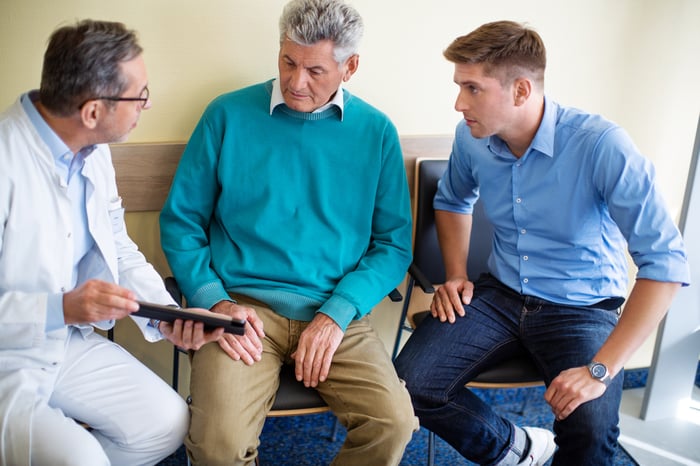 Both of those results are more or less in line with expert projections. Collectively, analysts following the company were estimating it would take in $239.99 million in revenue and $0.61 per share in adjusted net profit.

Previously, Haemonetics had been affected by a general trend in patients delaying elective medical procedures and the resulting dip in demand for its services. The situation is improving, however.

"While we encountered a delay in the acceleration of plasma collections in the quarter, we did see encouraging signs of recovery and our Hospital and Blood Center businesses delivered strong sales despite the resurgence of COVID-19," the healthcare company quoted CEO Chris Simon as saying.

Simon added that Haemonetics should see "additional growth" in those crucial areas for the company in the remainder of this fiscal year. However, it did trim its generally accepted accounting principles (GAAP) revenue guidance for the entirety of fiscal 2022. It now believes its top line will expand 7% to 10% on an annual basis, down from its previous forecast of 8% to 12%.

While that's disappointing, it's hardly sufficient justification for a double-digit sell-off. Haemonetics bulls should not be discouraged by this knee-jerk reaction from the market.

Why Haemonetics Stock Rallied on Friday