Boston-area rents are on the rise, with opportunities for investors in the suburbs and gateway cities.

Rents are on the rise in the Boston area, and not just in Cambridge and Boston. A recent report from Zumper indicates that there are other towns in Massachusetts that real estate investors should keep their eyes on for opportunities.

According to Zumper's October rent report for the Boston metro area, which surveyed rental data from 14 towns, Melrose had the biggest increase in rent at 20.1% year over year, edging out Cambridge at 19.9%. Boston was third, with a gain of 14.5%. Other towns that saw double-digit growth were Lawrence (13%), Framingham (12%), and Waltham (10%).

Here's a look at the median rents for the 14 towns included in the report:

Median rents for one-bedroom apartments in the Boston metro Area

Investors should be relieved by this data, because it shows that Beantown and its environs continue to recover from the pandemic. As has been the case in many urban centers across the country, 2020 and much of 2021 saw high numbers of vacancies across the Boston metro region. Not only had professionals and white-collar employees left the city to work remotely, but students were sent home from college campuses, dealing a major blow to student housing investors. 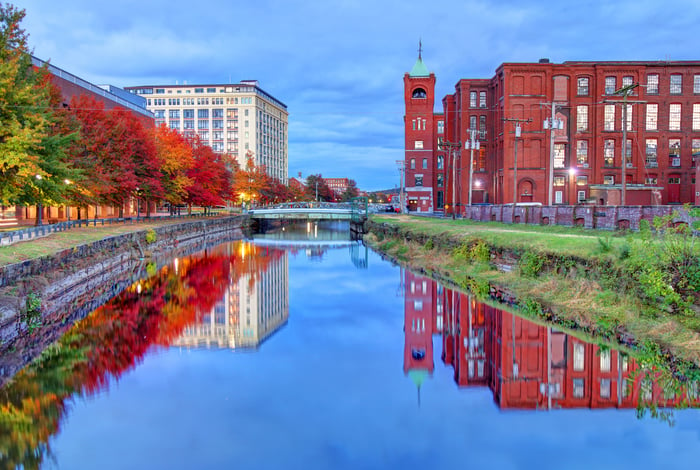 While Cambridge's year-over-year rental growth is not shocking, Melrose's rebound might come as a pleasant surprise to some investors. A suburb about seven miles north of Boston, Melrose has long been a desirable location in Massachusetts, due in large part to its safe neighborhoods, good schools, and high quality of healthcare.

Lawrence also should be on investors' radar. Considered one of the gateway cities in Massachusetts, the town is about 25 miles north of Boston and only five miles from the New Hampshire border. Lawrence has roots in the textile industry, and some of the old abandoned mills have been repurposed as apartments over the years. Many immigrants have settled there, contributing to a vibrant multicultural scene and earning Lawrence the nickname "The Immigrant City."

The commuter rail lines branch out to Melrose, Lawrence, and many other towns for easy access to Boston, one reason investors should look outside of the city for opportunities. Additionally, Lawrence's proximity to the New Hampshire border offers residents additional recreational opportunities, particularly in the coming winter months.

Investors should give other Massachusetts towns the old college try

With about 100 colleges and universities, Massachusetts is packed with students. Many rely on off-campus housing, and many more will be looking for places to live after they graduate and start working.

But not all of those graduates will be clamoring to stay in Cambridge or Boston. While these urban hubs have recovered from widespread vacancies during the pandemic, offices continue to be sparsely populated in many industries. The ability to work remotely could keep people from returning to urban office towers, especially when they can get more square footage for their rental dollars in outlying cities. Although it's good news that the Boston and Cambridge rents are on the rise, it's even better news that there are opportunities in the 'burbs like Melrose and gateway cities like Lawrence.