The infrastructure REIT is transforming into a multi-class communications real estate giant.

Here's a closer look at the deal and what it means for American Tower's future. 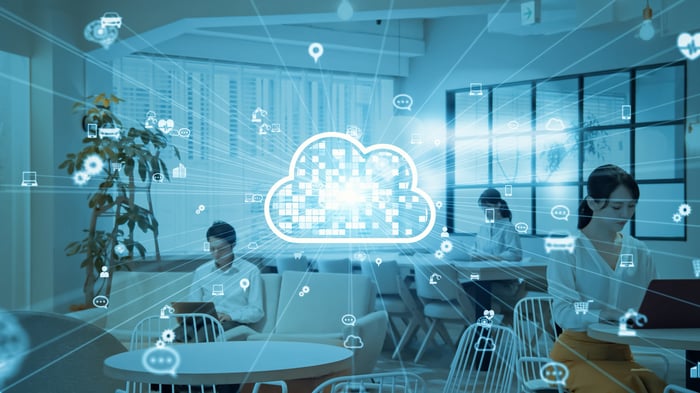 American Tower is paying $170 per share in cash for CoreSite Realty. That values the data center operator at $10.1 billion, including the assumption of its debt. That represented a modest premium to CoreSite's closing stock price last week. However, shares of that data center REIT had rallied sharply in recent weeks on reports it had hired an investment bank following an approach by several interested buyers.

CoreSite Realty operates 25 data centers, 21 cloud on-ramps, and over 32,000 interconnections in eight major U.S. markets. Overall, it has 2.8 million net rentable square feet in its data centers. In addition, it has a strong development pipeline.

American Tower expects the deal to modestly increase its adjusted funds from operations (AFFO) per share in the first year following closing, which it anticipates will occur around the end of the year. Longer term, it expects the deal will be increasingly accretive to its AFFO as it expands CoreSite's footprint in the U.S. and potentially overseas.

The REIT noted that the deal would cause its leverage ratio to rise above 5.0 times in the near term. However, it has a path to get leverage back down to its 3.0 to 5.0 times target range in the future.

It's the company's second needle-moving deal this year. American Tower also agreed to acquire Telxius Towers, a European and Latin American communications tower company, for $9.4 billion in cash in January. That deal also pushed up its leverage ratio. However, it has eased some pressure by selling stakes in its European tower joint venture to institutional investors.

Connecting to the cloud

American Tower's CEO commented on the deal in a press release by saying: "We are in the early stages of a cloud-based, connected, and globally distributed digital transformation that will evolve over the next decade and beyond. We expect the combination of our leading global distributed real estate portfolio and CoreSite's high quality, interconnection-focused data center business to help position American Tower to lead in the 5G world."

The company noted that combining its wireless infrastructure with CoreSite's wireline networks positions it for attractive value-creating opportunities in the future. American Tower can leverage its scale to expand CoreSite's operations into additional U.S. metro areas in the near term. Meanwhile, it sees a longer-term opportunity to expand overseas as it leverages its global tower platform.

The combination further diversifies American Tower's operations by expanding it into another asset class. It also enhances the company's growth prospects by adding a business with excellent organic growth prospects. That could make the infrastructure REIT less reliant on acquisitions to drive growth in the future. That embedded organic growth makes it similar to the Telxius Tower transaction, which included a $500 million committed pipeline of new tower sites it expects to build through 2025.

American Tower is transforming into an integrated data infrastructure company by acquiring CoreSite Realty. It will connect its global tower portfolio with a growing U.S. data center operation to provide enhanced services to customers in an increasingly mobile-focused, cloud-based world. That intensifies American Tower's growth prospects, positioning it to create more value for shareholders in the future.

2 Supercharged Stocks to Buy Without Any Hesitation

Should You Buy American Tower Now or Wait?