And an announcement yesterday by Norwegian Cruise Line could be the cause of the whole mess. 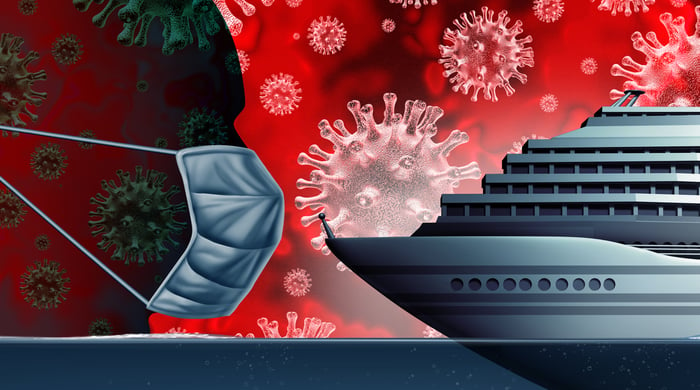 Earlier this month, Norwegian reported its third-quarter numbers. It said that although it's not quite profitable yet, with 40% of its capacity operating again by the end of the quarter and 57.4% occupancy rates, it's on track to reach a "crucial inflection point" in the first quarter 2022 with operating cash flow turning positive. And it said it will become profitable again in the second half of 2022.

But before any of that happens, Norwegian Cruise Line is going to need a bit more cash to tide it through the bad times.

To that end, Norwegian announced yesterday that it will be selling at least $800 million worth of exchangeable senior notes due in 2027 (i.e., debt), and perhaps as much as $920 million worth if underwriters exercise their overallotment options.

But Norwegian said it will be using the rest of the cash (as much as $420 million worth) for general corporate purposes.

In the context of Carnival's own offering of $2 billion in debt earlier this month, and Royal Caribbean's net loss of $5.59 per share reported late last month, it starts to feel like the cruise industry isn't quite past the stormy seas yet on this pandemic -- and we might still have a ways to go before things get back to "normal."

That's not what investors were being told as recently as a couple weeks ago, however. I can hardly blame them for being disappointed at the news today.

Why Cruise Stocks Were Beating the Market on Wednesday
401%