Today, investors can buy two of the three at an even lower price.

It's 13F season, that time mid-way through the quarter when top money managers disclose their buys and sells from the previous quarter. While one should never just buy a stock because a famous hedge fund manager does, 13Fs can also be fertile ground for ideas --- some of which may be even cheaper today.

Across three prominent money managers I follow, here are three of their most consequential buys from the tumultuous third quarter. 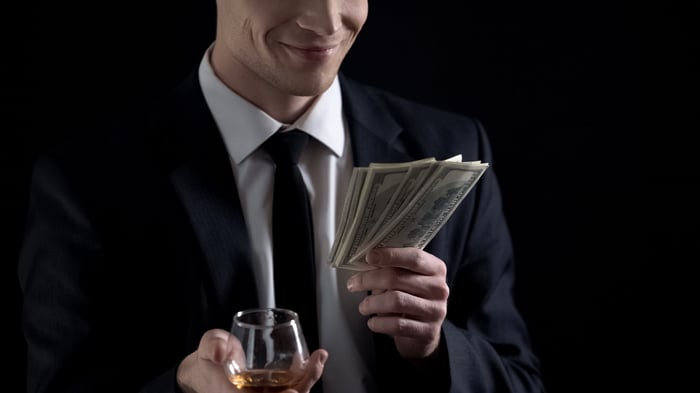 Dusquesne Capital is run by Stan Druckenmiller, a star trader who used to work for George Soros. Druckenmiller has since shuttered his fund and now runs Duquesne Capital as a family office, but is still large enough that it must disclose trades to the SEC.

It's unclear when Druckenmiller bought the stock in the third quarter, but hopefully it was closer to the end of September. Coupang has had a rough go of it since its IPO back in March, especially over the summer. After hitting the markets at $35 per share, Coupang ended its first day of trading at nearly $50. But since the Spring, it has been a long a slow steady decline, starting the third quarter in the low $40 range, only to end the quarter in the high $20s. After an October bounce, shares are once again back at a price of $27.16 as of this writing, following an earnings release that missed analyst expectations.

Despite the negativity, all is not lost for Coupang, and it could be a stock for further research. While growth missed analyst expectations last quarter, it was still quite strong at 48%, with active customers growing 20% and spend per customer up 25% year-on-year. While the company continues to mint hefty net losses, it's encouraging that Coupang's gross margin expanded, with gross profits increasing 62% -- a higher rate than revenues.

Coupang was a first-mover in South Korea in terms of one-day delivery capabilities, and it's investing heavily in Coupang Eats, aiming to link e-commerce with food delivery and turning Coupang into more of an indispensable platform South Koreans use every day. One encouraging key performance indicator: Coupang Eats was the most-downloaded app on iOS and second-most downloaded app on Android in South Korea in 2021. After a tough summer for e-commerce names, investors may want to dive deeper.

One of the best value investors I follow is David Tepper, who also runs a family office under the name of his prior hedge fund: Appaloosa. In the third quarter, Tepper loaded up on retailer Macy's (M 0.20%) – a move that looks awfully prescient today.

Macy's finished the third quarter up about 30%, and is already up another 50% since the beginning of the fourth! Lucky for Tepper, he increased his Macy's stake by 93% last quarter, making it a 3.8% allocation, good for Appaloosa's seventh-largest position.

Why the surge? Well, it's no surprise that many brick-and-mortar retail stocks were depressed during the pandemic. With consumers having saved money and vaccinations rolling out, "revenge shopping" was likely at play.

But Macy's has other things going for it, too. In a lucky turn for shareholders, activist investor JANA Partners announced a stake in Macy's in October. JANA is proposing Macy's separate its high-growth e-commerce business from its brick-and-mortar stores, a move JANA believes could unlock serious value for shareholders, given that pure-play e-commerce stocks fetch much higher valuations than Macy's does today.

On its recent earnings release, Macy's not only blew past analyst expectations for both revenue and adjusted earnings per share, but management also seemed open to the idea of exploring strategic alternatives. CEO Jeff Gennette said on the conference call with analysts: "But based on how the market is assigning value e-commerce businesses, we just added AlixPartners, which we announced this morning as an objective third-party firm to really pressure test all of our analyses. And so, we're in the middle of that work, we need to complete our analysis, and we plan to provide an update after the work is complete."

Yet despite Macy's incredible run following JANA's disclosure and solid earnings, the stock only trades around 12 times next year's earnings estimates. Some analysts still rate Macy's a "buy" with higher price targets today, even after its epic run. Macy's is definitely a stock to research for those who think U.S. consumer spending on apparel will remain strong as the economy reopens, or that an e-commerce spinoff may actually happen.

Finally Stephen Mandel's Lone Pine Capital is a hedge fund to follow for growth-oriented names. In the third quarter, the company loaded up on a name you can actually buy for much cheaper today.

During the third quarter, Lone Pine increased its Twitter (TWTR) stake by 117%, raising it from a 2.2% allocation to a 4.4% allocation, good for the fund's seventh-largest position. That looks like rather inopportune timing, however, as Twitter spent much of the third quarter in the $60s. After a rough earnings season, it now trades around $48 per share.

So what happened? Twitter's third quarter revenue actually came in slightly ahead of estimates, but perhaps analysts were looking for a bigger beat. Another worrisome trend is Twitter's stagnant U.S. monetizable daily users (mDAUs), which have ticked down since vaccines became widely distributed in the first quarter, though international mDAU growth remained solid.

To its credit, Twitter was able to monetize those users better than peer Snap (SNAP -3.51%) did. iOS privacy changes began to affect all direct response advertising last quarter, and Snap was heavily affected. However, while Twitter recently only received about 15% of ad revenue from direct response ads, its growth is predicated on getting that to a 50-50 ratio. So, iOS changes that affect DR advertising may delay that growth trajectory.

Oh, and Twitter also took an $809.5 million charge to settle a class action lawsuit over allegedly misleading investors years ago over how often users used its platform -- although that was known as of late September.

Now discounted, Twitter is an interesting stock, as it has quite engaged and passionate users, but hasn't been able to scale in the way other social media platforms have. Management also continues to invest heavily in growth, limiting current profitability and making valuation difficult to figure out.

However, management is high on new targeting and personalization measures that have led to increased engagement. Additionally, CEO Jack Dorsey is big on cryptocurrency, and likely has new innovations in the offing that could further link Twitter with digital e-commerce. Down by so much, Twitter may be worth investigating after its summer swoon.