After a recent rally, Harmony's One token is up more than 6,000% over the last year.

There's been a general rally for a section of tokens that are tied to blockchains that are connected to a service rather than just serving as a currency, and Harmony's One token is participating in the rally. The token's price is also climbing thanks to recent updates announced by the network's development team. 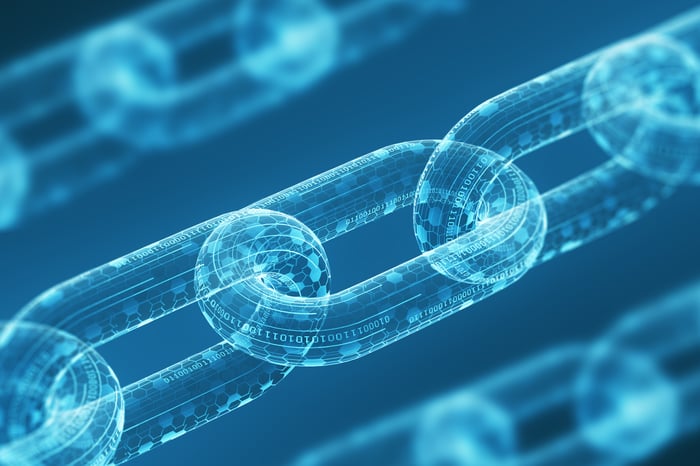 Harmony allows data to be easily moved across separate blockchains, including Ethereum, Binance, and several other chains. Applications can be built on the Harmony blockchain, and users pay the cost of carrying out functions with the One token.

Harmony published a message on Twitter on Nov. 22 announcing that its blockchain was now able to serve more than four times as much user activity thanks to a new update. The news sent the One token higher, and momentum has continued into Tuesday's trading. Harmony also published an update on its bridge project with Bitcoin in a tweet today, announcing that it was working with its contracted auditing company on fine-tuning, and that the auditing firm would be evaluating additional solutions on the project.

Harmony continues to look like a high-risk investment, but it's possible that its cryptocurrency will climb significantly above current prices if the network's blockchain winds up being the foundation for popular applications. With interest heating up in metaverses and decentralized finance applications built on blockchains, there could be increasing demand that works to drive One's token price higher.

5 Things to Know About the Harmony Blockchain

3 Crypto Stocking Stuffers To Consider At a 25% Discount Today

Why Crypto.com Coin, Harmony, and Alien Worlds All Jumped Today
401%