Trading volume in the high-flying meme token has dropped off in a big way as the retail investor cohort that bid it up turns its gaze elsewhere.

The downward trajectory of popular meme token Shiba Inu (SHIB -2.69%) is continuing Tuesday. As of 8 a.m. ET, it  had fallen by more than 7% over the previous 24 hours.

Earlier this week, it was reported that Shiba Inu had been dethroned as the most-traded cryptocurrency on popular exchange Coinbase (COIN -8.49%). Top cryptocurrencies Bitcoin (BTC -3.85%) and Ether (ETH -4.01%) saw more trading volume than the meme token for the first time in three weeks.

Additionally, Shiba Inu's official Twitter account flagged various scams using the cryptocurrency to target investors interested in altcoins. The official Shiba Inu team has reiterated that it is not conducting any promotions of the token -- no airdrops, no giveaways, no gifts, etc., so any social media account that says otherwise is likely involved in a scam. 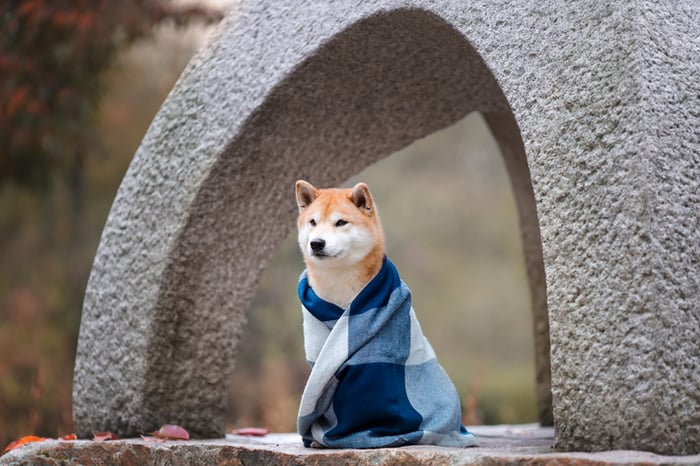 Tuesday's decline in SHIB was the largest among the top 15 cryptocurrencies by market capitalization. Investors appear to be concerned that Shiba Inu is losing momentum and appeal among the category of retail investors who have propped up its price in recent months.

Falling back behind Bitcoin and Ethereum in terms of trading volume is still nothing to be ashamed of. However, it's clear that the speculative mania around Shiba Inu may be fizzling. This token has gone from accounting for approximately 25% of the trading volume on Coinbase a couple of weeks ago to 6.7% of the volume over the past week.

Additionally, concerns about the various scams popping up that utilize Shiba Inu may suggest to some investors that the meme token is simply too speculative to invest in. Those who have described the rally in meme tokens as a bubble may certainly point to the scammers attempting to target the Shiba Inu community as another reason to stay away from that cryptocurrency.

For meme tokens like Shiba Inu, trading volume is an important metric. The fact that SHIB appears to be losing some luster with investors suggests that its value may be under pressure for some time.

How much of this trading volume decline is related to investors losing interest, or to investors becoming wary of the bubble-like nature of the meme token space, is unclear. However, it appears that significant numbers of crypto investors are looking to rotate into (or at least diversify into) other surging cryptocurrencies right now.