Most crypto denominations have fallen sharply over the past week, but yet another prolonged outage makes Solana vulnerable as a platform.

The crypto market corrected sharply last week, but things were particularly rough for the previously ascending Solana (SOL 5.89%). The trading price of Solana has plummeted nearly 37% for the seven past days through Sunday night. It was a bad week for most digital currencies, but Solana's drop in that time makes it the worst performer among the world's 12 most valuable cryptocurrencies.

Adding insult to injury -- if not the reason itself for Solana's relative underperformance -- the platform experienced another prolonged partial outage heading into the weekend. When your claim to fame in a meteoric climb in popularity stems from your blockchain's ability to deliver on speed and sheer breadth of transactions, instability can be a credibility killer. It's a tough break for recent Solana investors, but it's not too late to bounce back. 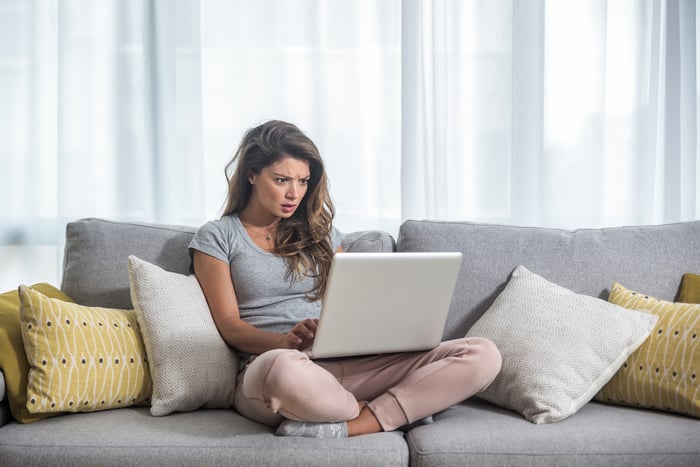 Solana is blaming the downtime on excessive duplicate transactions weighing on the validators that help verify the network. High levels of congestion tripped up Solana on Friday, but the instability continued into Saturday before improving later in the weekend. A Solana notice concedes that the platform needs to improve to support the more complex transactions that are now more commonplace on the network.

The timing was terrible. With crypto prices collapsing, a lot of loans with crypto as collateral on decentralized finance apps were being pulled without additional collateral being pledged. The extent of the fallout isn't clear, but when #Solana was trending on social media platforms over the weekend it wasn't exactly posts being made by happy campers.

This isn't the first time that Solana's blockchain technology has buckled under pressure. There have been a couple of outages in recent months. Solana is hopeful that an update that will roll out in the next two to three months will help improve the protocol's stability, but that can be a lifetime in the fast-moving world of crypto.

Solana has exploded on the scene since arriving less than three years ago. It has stepped up over the past year, up nearly 2,600% including last week's big drop. Earlier in the week it was reported that non-fungible token (NFT) sales on the Solana blockchain had topped $1 billion in cumulative volume.

Solana's appeal comes largely from its ability to handle a lot of transactions at the same time, and to do so more cost-effectively than the market leader in smart contracts. This isn't a race where there will only be one winner. Solana has a strong chance to be one of the many victors in this expanding market. It just needs to overcome the hiccups that can kill momentum and eventually turn off developers.

The spec sheet on Solana was made for disrupting market leadership in decentralized apps. However, even partial outages -- if they persist -- will make it hard to sustain the market's enthusiasm. Whether we're talking about NFT marketplace transactions, in-game currencies, or actual financial transactions including the crypto loans that defaulted over the weekend, there's not a lot of wiggle room here. Uptime matters, and Solana's latest hiccup leaves a lot to prove in the coming weeks regardless of which way the crypto market heads in that time.

Solana investors are feeling the pain right now, seeing the crypto plunge from a market cap of roughly $70 billion when it was hitting all-time highs two months ago to less than $30 billion as of Sunday night. However, the brief but ultimately lucrative history of crypto shows that digital currencies have been able to overcome far more serious drawdowns in the past. The market will forgive volatility, but it will lose its patience for instability. The protocols and blockchain technology need to be reliable. Smart contracts need to stay smart. All eyes are on Solana now, and it can't afford to blow the opportunity.

Here's the Most Likely Time Frame for Solana to Reach $500

This News Is a Game Changer for Solana

Solana Below $40: Is It a Better Buy Than Ethereum?

Is Solana the Next Bitcoin?