Investors will get less than they bargained for when this trio doles out its next distributions.

2014 has been a good year for dividend raises. According to FactSet, in the 12-month period ending in October, overall dividends paid by the S&P 500's component companies rose 11%.

But even in a bullish year full of growing payouts, there are the unfortunates who want or need to reduce their distributions. The financial sector, stuffed as it is with dividend dispensers, is host to a number of such companies. Here are three notables in the sector that cut their payouts in 2014.

ARMOUR Residential REIT ( ARR 2.50% ) -- 2014 dividend cut: 20%
This is a mortgage real estate investment trust, a form of REIT that invests in mortgage-backed securities. This differs from an equity REIT, which directly owns and operates physical properties.

REITs in general are sensitive to interest rate movements. This is because they are essentially plays on the spread between the short-term bonds that help to finance their activities and the long-term securities (or property) they hold.

ARMOUR is an "agency" mREIT. These are seen as particularly vulnerable, as many of the securities they hold are guaranteed by government agencies -- chiefly Fannie Mae and Freddie Mac. Such assets are considered relatively safe and are thus comparatively low-yielding. And the thinner a REIT's spread, the worse the potential effect of a rate hike.

Many experts are expecting the Federal Reserve to lift short-term interest rates next year. This has given investors some apprehension regarding agency mREITs like ARMOUR, driving the share price down since this past summer. 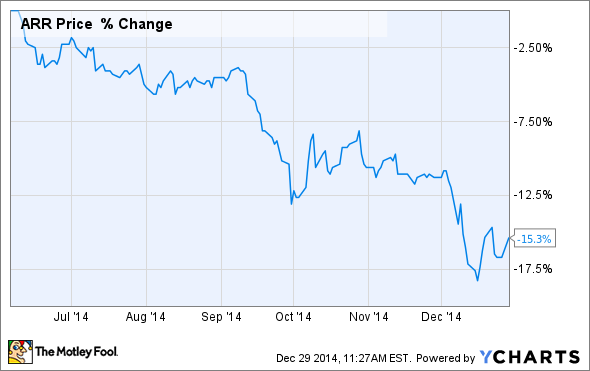 Compounding that, ARMOUR's core income has been sliding over the past year. In Q3, it was $0.13 per share, down from $0.14 the previous quarter.

Last week, ARMOUR announced that it will pay $0.04 per share, down 20%, for each of its next three monthly payouts. If profitability continues to stagnate and an interest rate increase starts to loom large, we can expect that cutting trend to continue or even accelerate.

Campus Crest Communities (NYSE: CCG) -- 2014 Dividend Cut: 46%
Operating as a REIT can be challenging in the current environment. It can be extra challenging if there are significant changes in management or a hard shift in business strategy. Unfortunately, both are currently affecting this equity REIT, which focuses on housing for students. This past November, the company announced the resignation of both its CEO and its CFO.

If that weren't bad enough, the company said it would spend a total of around $200 million in cash and debt assumption to acquire the remaining equity interests in some of its housing stock. It also plans to completely ax its construction and development activities in order to consolidate its operations.

Impairment charges related to such moves plunged Campus Crest's bottom line well into the red in Q3, and the company has only begun its strategic pivot. 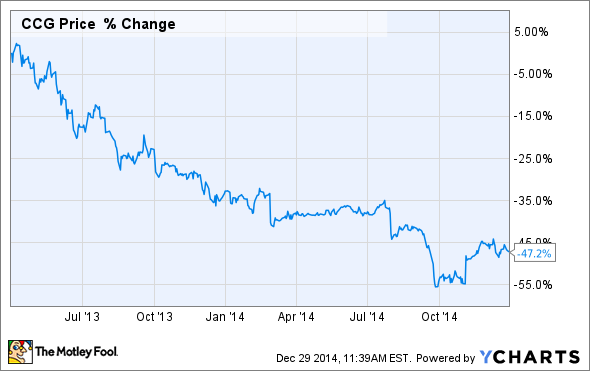 Although shares of the REIT rose after the recent managerial changes and new initiatives were announced, investors haven't yet begun to feel the real pain of the upcoming changes -- but they will early next year, because in mid-December, the REIT announced that it was slashing its dividend by nearly 50% to $0.09 per share.

Prospect Capital ( PSEC -0.12% ) -- 2014 Dividend Cut: 25%
This business development company will almost certainly be happy to put 2014 behind it. During the year the company had a spat with the SEC over its accounting, weathered a series of class-action lawsuits, and saw its removal (in a general purge of BDCs) from a key Standard & Poor's stock index.

As if to cap off this awful stretch, Prospect Capital unexpectedly announced a dividend slice -- its first since it began doling out monthly distributions in 2010. Its next set of three monthly dividends, starting from February, will be just over $0.08 per share apiece. That's significantly below the current rate of roughly $0.11.

Particularly in the finance industry, investors have at least some expectation of trustworthiness in the companies they plow their money into. Prospect Capital's scrapes with the SEC and potential litigants, along with the unpleasant surprise of the dividend cut, has eroded that trust. Perhaps as a result, the BDC's share price has shed about a quarter of its value over the past year or so. 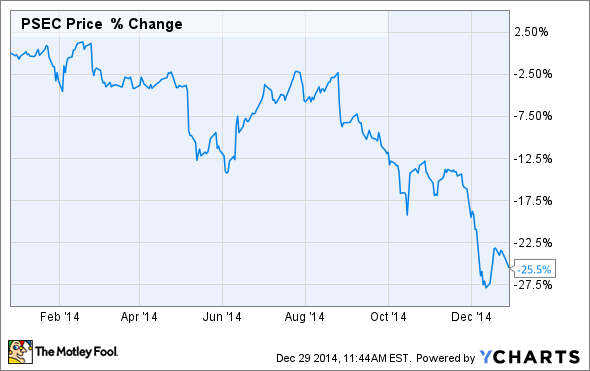 If the company can regain some of that trust, not to mention get the dividend back on its feet, investors might return to its shares. After all, its fundamentals aren't bad, with key line items like total investment income and net assets seeing year-over-year increases in the most recently reported quarter.