The Supreme Court's decision on the Patient Protection and Affordable Care Act, aka Obamacare, should be handed down any day now. Whatever its result, the decision will undoubtedly have far-reaching implications for the state and future of American health care. There are several scenarios in play, and all will affect you in one way or another. Let's take a look at the Supreme Court's potential decisions, and what they mean for your health, your finances, and your future.

Option one: The entire act is legal and will be allowed to stand
The immediate implications of Obamacare's constitutionality are complex enough, but long-term consequences could be very difficult to predict. Let's start with what the law offers Americans, in some very broad strokes:

There are wide-reaching effects of nearly every major provision of the law. Insurance companies would have to become more efficient or risk losing their profits. Most major insurers, including UnitedHealth and Wellpoint , already operate within a fairly narrow range of profitability: 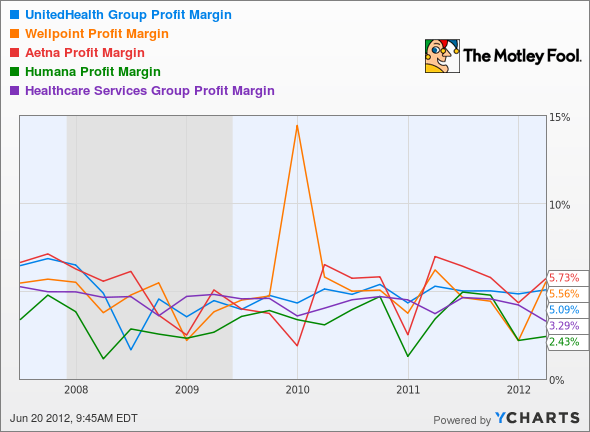 The law also makes major changes to the way the government manages the costs of health care. Without some manner of cost controls, many fear that costs could spiral completely out of control, placing a crushing burden on both government programs and individuals. The law restricts what companies across the health-care spectrum can do in pursuit of profit. It also imposes new burdens on larger employers to provide health care to their employees, if they are not already doing so.

Industries seen as potentially detrimental to the public's health, like tanning salons, have new restrictions on their operations. Orange-hued celebrity Snooki from The Jersey Shore made headlines in 2010 when she hooted angrily to the media about new Obamacare-mandated taxes on tanning beds.

Of more pressing concern to you and me, however, is that individual mandate. It's widely seen as both the cornerstone of the law's effectiveness and of its questionable legal status. To better manage insurer risk, the law induces lower-risk individuals who might not often use health care into the insured pool. These low-risk individuals would then, in theory, subsidize the higher-risk individuals who have been granted greater protections. Out-of-pocket premiums would be capped up to 400% of the federal poverty line, and the tax penalty for not buying insurance could amount to $695, or 2.5% of income, by 2016.

Beyond the obvious effects on both corporate and individual pocketbooks, there's great concern that a law mandating that Americans must do something simply because they live in America is troubling for some legal scholars. If the government can force its citizens to enter into contracts with corporations, without any other precondition beyond "being an American," then there may be no effective limitations on the power and reach of that government. Much of this argument rests on the question of whether health insurance is a right or a privilege.

Option two: The individual mandate is excised and the rest is upheld
As I mentioned earlier, the individual mandate is Obamacare's most controversial provision. It's also perhaps its most critical, and leaving the rest of the law intact without the mandate could have devastating consequences for those remaining insured. Since low-risk individuals would have no inducement to join the insurance pool, the remaining higher-risk insured (and even those in good health) could see their premiums skyrocket.

Premiums for those purchasing health care on their own -- not through an employer plan -- could rise by up to 40%, and up to 24 million fewer people might be insured, if the mandate were struck down without changing the rest of the law.

Employers and health insurers would also be caught in a serious bind, forced to insure higher-risk individuals without the benefits of healthier people acting as a sort of subsidy. McDonald's and Wal-Mart , both of which employ many thousands of low-wage workers, are already under pressure from the law's employer requirements, and may simply wind up paying the tax penalties instead of providing coverage.

The mandate is unpopular with the public. However, polls are mixed as to what its fate should be. More people seem to prefer repealing the law completely than simply excising the individual mandate. It may not be possible to eliminate the mandate alone, which could force the Supreme Court to consider striking down the law in its entirety.

Option three: Obamacare is struck down in its entirety
Since the law's progress became public knowledge in 2009, the vast majority of up-or-down polls conducted have shown that Americans oppose it and prefer repeal. Aggregate polling data from RealClearPolitics, which has tracked over a hundred polls on the subject, shows that about 50% prefer repeal, compared to about 39% in favor of the law. More detailed surveys offering multiple options are less clear, with just over a third of respondents generally favoring complete repeal.

Some possible winners from a complete repeal include high-earning property owners, who would face a capital gains tax on their real estate profits over a certain threshold if the law is upheld. Many health-care companies would also benefit from relaxed regulations. The American public, particularly higher-risk individuals, could lose a great deal of protections. They may not lose everything, though -- major insurers have pledged to continue some of Obamacare's more popular policies, such as coverage of children up to age 26 on a parent's plan, regardless of the judicial outcome.

Hospitals are also likely to get the short stick from repeal, since they would still be forced to treat individuals who might have otherwise purchased or been granted insurance.

Option four: The justices (or Congress) mandates multiple changes
If the individual mandate can't be removed on its own, large parts of Obamacare might need to be changed or struck down. The entire part of the law dealing with insurer behavior toward certain populations might be scrapped. That could leave a shell of reforms that does little other than expand the government's support of low-income individuals and its regulation of some "unhealthy" industries.

Congress may choose to continue some of Obamacare's popular policies regardless of the Supreme Court's decision. Expanded coverage for young people and the ban on discriminating against pre-existing conditions are both well-liked provisions. Republican leaders are open to retaining or reinstating these parts of the law even if it's struck down completely, so there are likely to be some lasting changes to American health care no matter the decision.

What do you think?
Obamacare is a highly complex law with many moving parts. It's nearly impossible to say -- not to mention foolish to predict -- which way the Supreme Court may rule. But no matter what happens, Obamacare has and will affect all Americans in some way or another, whether they're forced to buy health insurance or can simply give coverage to their children for longer periods of time. Can the government force you to buy something if it's considered a necessity? Which way should the court rule? Let me know what you think in the comments box below. I know you've got an opinion.