There were two U.S. economic releases this morning that were positive for stocks.

The first economic release was from the National Association of Realtors, which reported that existing-home sales rose 2% in October to 4.79 million. That's up from September's 4.69 million and better than analyst expectations of 4.7 million. 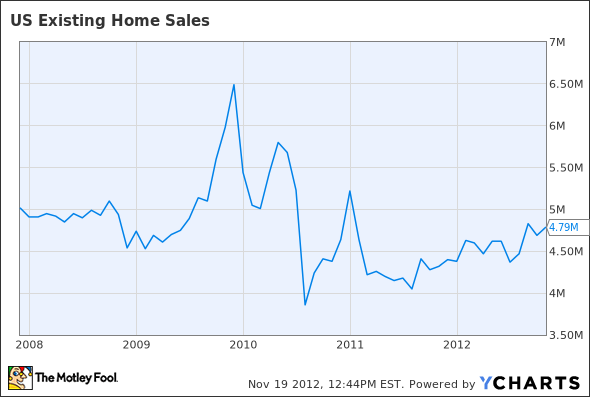 The second economic release was the National Association of Home Builders/Wells Fargo Housing Market Index, which rose five points to 46. That's the highest level it has reached in more than five years. However, it's still below 50, which marks the point when more homebuilders than not report good sales conditions. 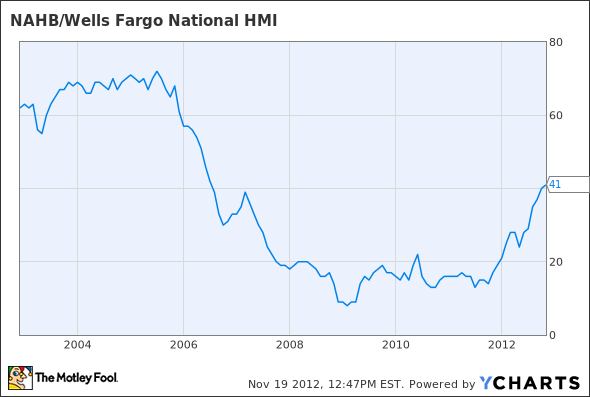 The other news affecting stocks is a general feeling that congress is serious about avoiding the fiscal cliff. Only time will tell.

The Dow is up on the news, and a few stocks are leading the Dow's surge.

Today's Dow leaders
Today's Dow leader is Bank of America (NYSE:BAC), up 3.2% ($0.29) to $9.41. Close behind is JPMorgan Chase (NYSE:JPM) up 2.7% ($1.08) to $40.61. The big banks' financial results are highly dependent on the health of the economy. Today's unexpectedly positive housing numbers bode well for the economy, and as such, the banks are up. Bank of America has been making some moves recently, including finishing its mortgage settlement obligations two years earlier than expected. Fool analyst John Maxfield thinks it's time to buy Bank of America. Click here for his take.

Third for the day is Verizon (NYSE:VZ), up 2.37% ($0.98) to $42.38. Verizon fell throughout last week, but the big news came Friday when The Wall Street Journal reported that Google and Dish Networks were considering teaming up to build a new wireless service. The stock is rebounding today, as investors have had time to digest the news of the potential new competitor and investors were drawn by Verizon's 5% dividend yield. After this morning's rise, however, the yield is down to 4.8%.