Google (NASDAQ:GOOGL) looks like it's starting to get a hang of this whole direct sales thing. It also doesn't hurt that it has a blockbuster device on its hands with its Nexus 4 that's being built by LG. Despite the lack of 4G LTE connectivity (which I thought would doom the device domestically), demand for the Nexus 4 is off the charts.

When it launched several weeks ago, the Nexus 4 sold out on Google Play very quickly and would-be buyers were greeted with nothing more than a "coming soon" sign with no option to backorder the device. That's particularly frustrating for anyone that's willing to pay and wait, since instead they have to constantly check back if they're hoping to take one home.

The good news is that just yesterday, Google started to catch up with demand as the Nexus 4 came back in stock. The bad news is that it seems like Google undershot how many units it might need, or that the device is facing some type of component constraints since the new batch was immediately snapped up and the Nexus 4 is out of stock again.

Lessons learned
At least this time, Google has addressed some of the criticism and now allows buyers to go ahead and order and their shiny new unsubsidized, unlocked, and off-contract smartphones will ship once available. There's so much demand for this thing that Google is now quoting an amazing eight- to nine-week shipping time for the 8 GB ($299) model, with the 16 GB ($349) model going out in four to five weeks. 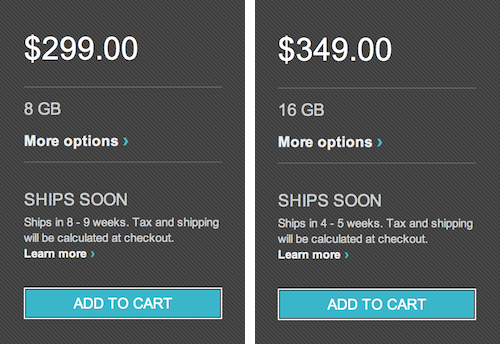 That's even longer shipping times than Apple's (NASDAQ:AAPL) iPhone 5 has ever seen, a device that's been relatively scarce since it launched over two months ago. Meanwhile, Apple has improved its own supply situation and the iPhone 5 shipping times have now come down to "just" one week, a substantial improvement from the three- to four-week shipping times it was seeing before. 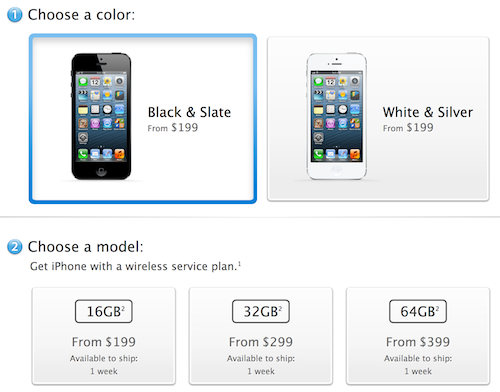 These shipping timeframes give an indication that demand is strong for both of these flagship devices, but they don't tell investors much about how much supply there is.

Scaling up
Apple is a higher-volume player than LG and has unmatched supply chain prowess. For example, Apple sold 26.9 million iPhones last quarter, almost four times the 7 million smartphone units that LG moved over the same time (before the Nexus 4 launched). That was a record for the South Korean OEM and a big gain of 59% over the prior year.

LG is definitely among the top players on a global basis, ranking No. 5 in total units (including feature phones) in the third quarter, but it still lacks some of the scale that rivals like Apple, Samsung, or Nokia (NYSE:NOK) have. LG's 7 million smartphone shipments actually topped Nokia's 6.3 million smartphone shipments last quarter, but Nokia is still the No. 2 company in overall shipments behind Samsung. Besides, Nokia ruled the mobile phone market for 14 years as it broadened its reach.

The next Nexus bump
Google's Nexus program is a boon for manufacturers, because the brand's "pure" Android experience appeals to consumers that are sick of third-party software modifications. Asus saw a big sequential jump of over 1.5 million units sold thanks to strong sales of the Nexus 7. With the strong demand for the Nexus 4, I would also expect LG to similarly get a nice bump in the fourth quarter. Samsung may also benefit from the Nexus 10, if the device can hold its own against Apple's full-sized fourth-generation iPad.